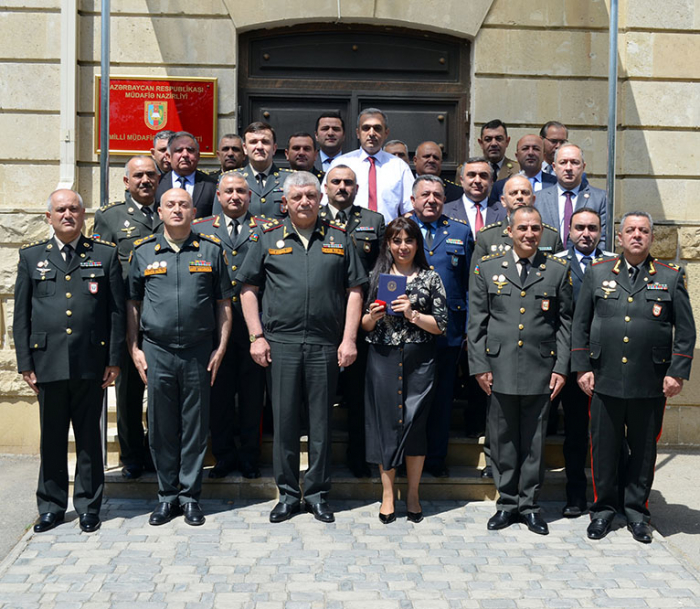 The next graduation ceremony of the Strategic Researches and State Defense Management Academic Courses was held at the National Defense University of the Azerbaijani Ministry of Defense.

First, the memory of the national leader of the Azerbaijani people Heydar Aliyev and Shehids (Martyrs), who sacrificed their lives for the sovereignty, independence, and territorial integrity of Azerbaijan, was honored with observing a minute of silence, AzVision.az reports citing the Defense Ministry.

The National Anthem of the Republic of Azerbaijan was performed.

Speaking at the graduation ceremony, the Acting Rector of the National Defense University, Professor Lieutenant General Heydar Piriyev, on behalf of the Minister of Defense, Colonel General Zakir Hasanov, congratulated the participants on the successful completion of the courses and wished them success in their further military service.

Then the graduates were awarded diplomas and collar badges.
In the end, a photo was taken.