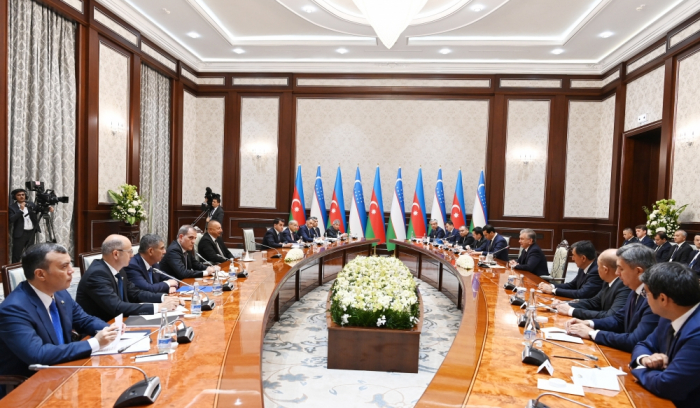 “I would also like to express gratitude for the fraternal assistance in the restoration of Karabakh, for the decision of President Shavkat Miromonovich to donate and build a school in the liberated city of Fuzuli. Work has already begun, and there are plans to put the school into operation by the next academic year. We appreciate this very much. This is the first such gift from anyone,” said President of the Republic of Azerbaijan Ilham Aliyev as he had a meeting with President of Uzbekistan Shavkat Mirziyoyev in an expanded format.

“We are still restoring Karabakh on our own. Of course, such a fraternal attitude is very valuable for us, because as soon as the second Karabakh war ended and Shavkat Miromonovich and I met, he put forward this initiative, and we accepted it with gratitude. From a practical point of view, this school will also be a symbol of our brotherhood and will remain in the memory of the Azerbaijani people for centuries,” the head of state added.