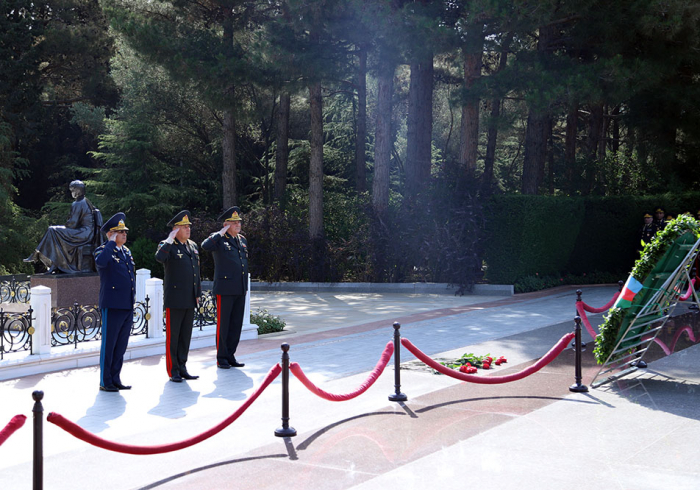 On the occasion of Armed Forces Day, on June 26, First Deputy Minister of Defense of the Republic of Azerbaijan - Chief of the General Staff of the Azerbaijan Army, Colonel General Karim Valiyev and other senior officials of the Ministry visited the Alley of Honors and the Second Alley of Shehids, AzVision.az reports.

First, flowers were laid at the monument to national leader Heydar Aliyev, and the memory of the Great Leader was honored.

Then the leadership of the Ministry of Defense attended the Second Alley of Shehids and laid flowers at the graves of Shehids, who sacrificed their lives during the battles for the sovereignty and territorial integrity of Azerbaijan.

During the visit, Colonel General Karim Valiyev met with family members and relatives of Shehids, enquired about their concern, listened to their appeals and gave appropriate instructions. 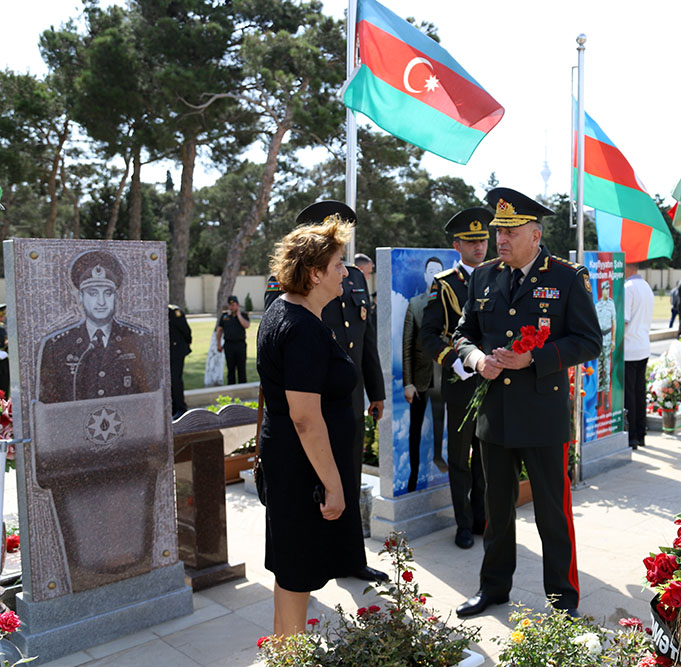 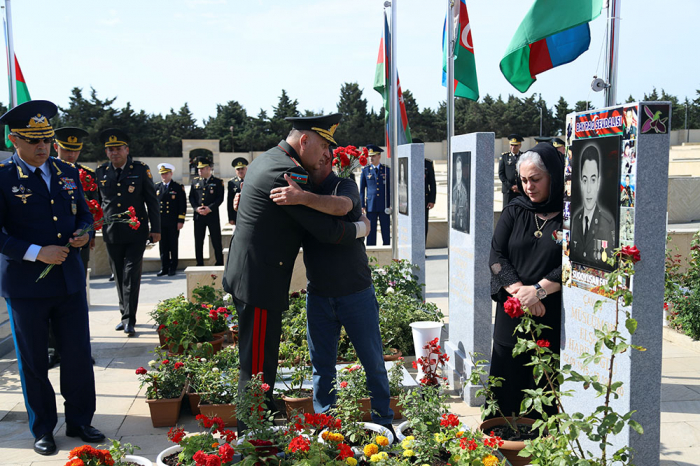