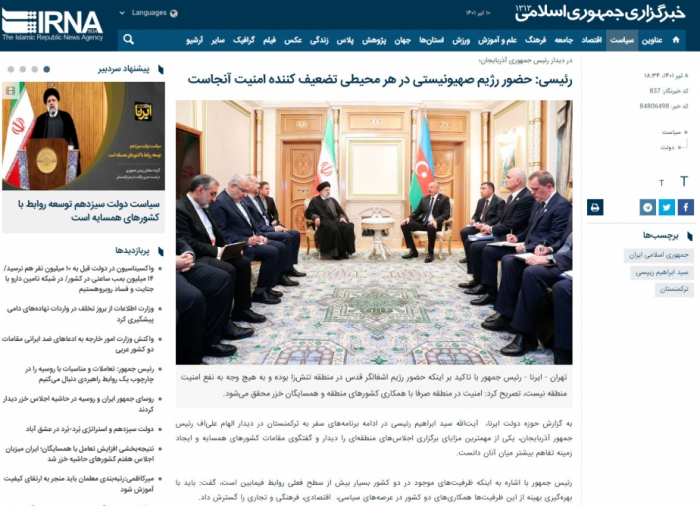 Iran`s IRNA, Mehr, Fars and other influential news portals have widely covered the 6th Summit of the Heads of State of the Caspian littoral states held in Ashgabat on June 29.

The portals showed special interest in the bilateral meetings of the presidents on the sidelines of the Summit.

Pointing out the meeting between President of Iran Ebrahim Raisi and President of Azerbaijan Ilham Aliyev, the media writes: "This meeting shows that interstate relations are developing. The first meeting of the presidents took place in Ashaghabad. During the meeting of the presidents of Iran and Azerbaijan last November in the capital of Turkmenistan, the agreement on gas transit between the two countries was signed. This agreement reflects the interests of both countries. 1.5 billion cubic meters of Turkmenistan`s gas is exported to Azerbaijan through Iran. 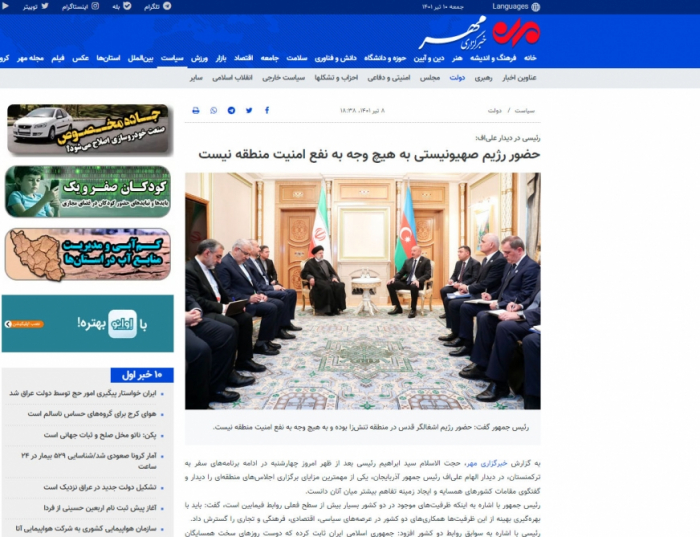