Japan will hold state funeral for Abe in the fall 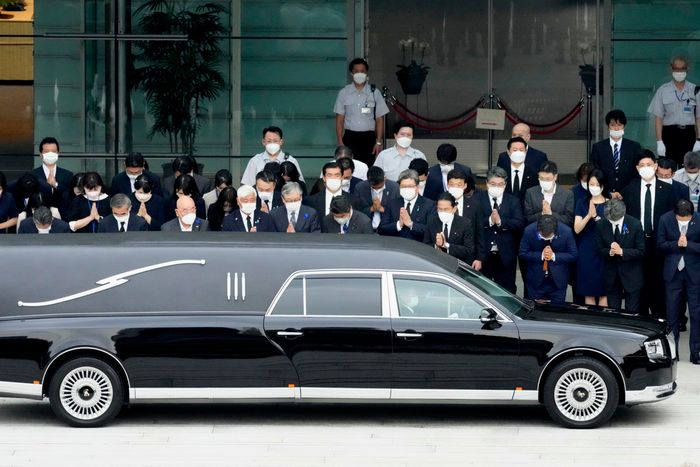 Abe's will be only the second state funeral for a former prime minister in Japan's postwar history, following the one held for Shigeru Yoshida, who signed the San Francisco peace treaty in 1951.

Kishida said during a news conference Thursday evening that Abe took an exceptional leadership position in diplomacy as well as rebuilding Japan from the March 2011 Great East Japan Earthquake, while taking measures to shore up the Japanese economy.

Government sources have said the discussions began after a funeral for Abe was held Tuesday that was attended by his relatives and other people close to him. He was assassinated on Friday on the campaign trail ahead of Sunday's House of Councilors election.

Taking into account the length of time he served as the country's leader, totaling eight years and eight months, the longest in Japan's history of constitutional government, there had been calls from within the LDP to hold a state funeral for Abe.

"The former prime minister accomplished great achievements," Chief Cabinet Secretary Hirokazu Matsuno said during a news conference on Tuesday. "We should consider our responses as we pay respect to him."

The memorial event is expected to present Japan with the opportunity to engage in "funeral diplomacy," with a number of delegations from overseas coming to Japan, government sources said.

Some countries have already announced plans to send delegations. Kishida hopes to use the opportunity to promote the "Free and Open Indo-Pacific Strategy" started by Abe, the sources said.

"It shows how Abe built friendly ties with leaders of the respective countries," a senior Foreign Ministry official said.

Kishida held a telephone conversation with his Canadian counterpart, Justin Trudeau, on Wednesday morning, during which Trudeau praised Abe for having been a dedicated and visionary leader.