AZAL to replenish its fleet with New Boeing 787 Dreamliners 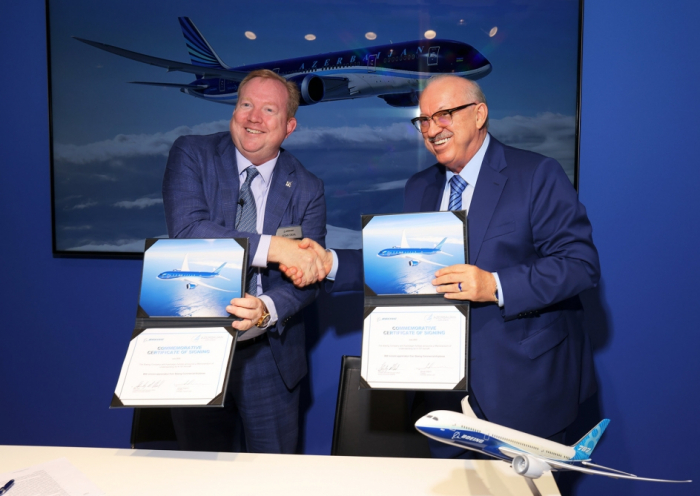 The corresponding Memorandum of Understanding was signed today by the President of AZAL, Jahangir Asgarov, and Chief Executive Officer of Boeing Commercial Airplanes Stan Deal. The document was signed during the famous airshow in Farnborough (Farnborough International Airshow - UK).

Delivery of aircraft of this type to Azerbaijan is scheduled for the period from 2025 to 2030.

“Today’s agreement extends our long-term partnership with “Azerbaijan Airlines” as they renew their fleet to capitalize on the growing long-term travel demand that we are seeing globally,” said Stan Deal, President and CEO of Boeing Commercial Airplanes. “The global in-service 787 fleet has been the most-utilized widebody during the market downturn and we are confident in the proven performance capabilities of this airplane.”

The Farnborough International Airshow (FIA) is held every two years at the Farnborough Airport. It is the world's most important platform for aerospace equipment and technology. In 2016, the FIA received the status of the largest aerospace exhibition in the world. In total, more than 80 thousand visitors are expected to attend the FIA, of which approximately 1,500 are aerospace industry professionals.