Presidents Ilham Aliyev congratulates President of Uzbekistan on his birthday 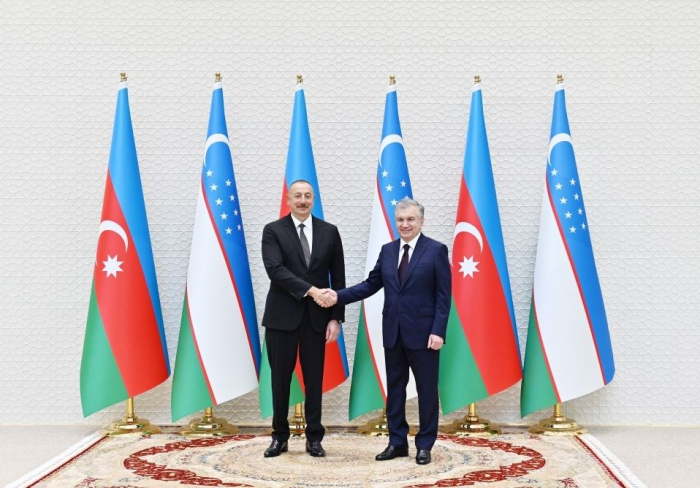 The head of state congratulated Shavkat Mirziyoyev on his birthday and wished him the best of health and success in his activities.

The President of Azerbaijan once again thanked him for the hospitality shown to him and the members of the delegation during the state visit and invited the President of Uzbekistan to pay an official visit to Azerbaijan. The invitation was accepted with gratitude.

The heads of state noted with satisfaction that all agreements reached during the visit of the President of Azerbaijan are being implemented. They emphasized that despite the fact that a month has passed since the visit, an agreement was reached regarding the expansion of cooperation as part of reciprocal visits of heads of relevant state bodies related to trade, industry, energy, agriculture, and transport. It was noted that the next meeting of the Azerbaijan-Uzbekistan Joint Intergovernmental Commission and trilateral meetings of the ministers of foreign affairs, economy and transport of Azerbaijan, Uzbekistan and Turkiye will be held in Tashkent in early August.

During the conversation, President Ilham Aliyev once again affirmed his support for the President of Uzbekistan regarding the recent events in Karakalpakstan and said that Azerbaijan, as always, stands by Uzbekistan.

During the conversation, the sides exchanged views on future prospects for developing bilateral cooperation and contacts between the heads of state.