As the World Burns - OPINION 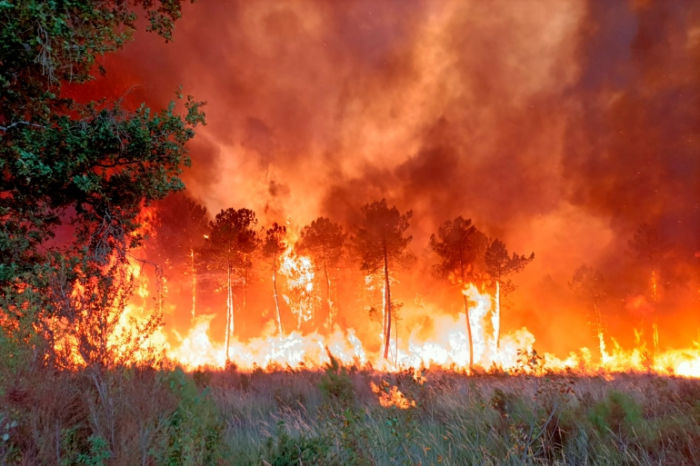 Even before Russian President Vladimir Putin launched his war against Ukraine and set off a global scramble for fossil fuels, the battle against climate change was being lost. With national leaders and international diplomacy proving ineffective, is there any hope of saving ourselves?

It is often said that no one wins a war, just that some lose less than others. Russia’s war against Ukraine promises to be no exception. One clear loser is already evident: the planet.

The war has become the international priority for policymakers and publics. And rightly so: Russian President Vladimir Putin’s aggression against Ukraine threatens a pillar of international order, namely the prohibition on changing borders by force. But the war has also triggered a global scramble for sufficient supplies of energy in response to sanctions against Russian energy exports and the possibility that Russia will cut off supplies. Many countries have found that the easiest and quickest route is to secure greenhouse-gas-emitting fossil fuels.

But even before Putin launched his war, the battle against climate change was being lost. It has been hard to generate any sense of urgency about a problem widely viewed as real (denial of climate science is fading) but seen mostly as something that can be dealt with in the future. Record-high temperatures in Europe and elsewhere, droughts, wildfires, more severe storms, and increased migration may change this perception, but so far, they have not.

Moreover, any government acting alone will not solve the problem. There is thus a sense in many countries that doing the right thing will not matter, because others will continue to do the wrong thing, and all will suffer.

Then there is the related question, most often heard in the developing world: “Why should we do the right thing when we did not cause the problem?” Poor countries reject as a double standard being asked by wealthy countries – which industrialized at a time when climate considerations did not count for much and are responsible for far higher historical carbon emissions – to develop in a manner that denies them access to the cheapest form of energy. Adding to the problem is that several countries (Brazil in particular) are not doing what they can to prevent the destruction of rainforests, the earth’s natural carbon sponge.

Speaking of double standards, international efforts to slow climate change are hampered by opposition to greater reliance on nuclear power, even though it releases no carbon dioxide into the atmosphere. Since the 2011 Fukushima disaster in Japan, operating existing nuclear reactors or building new, safer plants has become an uphill political battle.

Efforts to slow climate change still suffer from the perception that they must come at the expense of employment and economic growth. This is increasingly untrue: Climate change is proving to be costly, while introducing alternatives to fossil fuels can create jobs and reduce energy costs over time. But resistance to going down this path is intense, especially in areas that have long depended on the production of fossil fuels.

For all these reasons, international efforts to slow the pace of global warming have accomplished little. World leaders will convene again this November (in Egypt) for the next United Nations Climate Change Conference (COP27) but there is no reason to be optimistic that this meeting will accomplish much more than the 26 that preceded it.

The United States, traditionally a leader of international efforts to rein in climate change, is increasingly sidelined. Its previous president, Donald Trump, withdrew the US from the 2015 Paris climate accord, while his successor, Joe Biden, is increasingly limited in what he can do because Congress (above all, its Republican members) will not subsidize development of alternative energy sources, and the Supreme Court has sharply curtailed the federal government’s authority to regulate CO2 emissions. There is also little or no political support for taxing emissions or entering trade agreements that would discourage coal or oil consumption by placing tariffs on products that use them intensively.

The result is that Earth’s surface temperature is an estimated 1.1º Celsius above pre-industrial levels and will grow warmer because of previous activity, even if the world stopped emitting greenhouse gases today – which it obviously will not. On the contrary, our current trajectory leads to a much warmer climate, affecting ice sheets, rainforests, and tundra. In a virtuous cycle, good developments lead to better developments; when it comes to climate, the cycle is vicious: bad leads to worse.

Is there any cause for hope? There is, but for the most part not from governmental efforts, whether alone or in tandem. Political leaders are unlikely to act at a scale commensurate with the problem until it is too late.

One area of potential progress could come from corporations, which have financial incentives to introduce more fuel-efficient products. National and local governments can increase companies’ stakes in doing so by enacting regulations that encourage investment in innovation.

A second area for positive change is adaptation. Governments can build infrastructure to help manage the effects of climate change, such as flooding, and financial institutions can use lending and insurance policies to discourage people from building homes in flood- or fire-prone areas.

The best hope of getting ahead of climate change may well come from technology, primarily those that enable us to stop or even reverse climate change, whether by removing some atmospheric carbon or by putting reflective particles in the atmosphere to reduce the amount of sunlight that reaches Earth. Developing such technologies needs to be a priority.

There is a recent precedent for such an effort: COVID-19. While the global death toll is somewhere between 15-18 million, what saved us from an even greater catastrophe was government and business coming together to develop a new generation of highly effective vaccines in record time. With climate change, too, we will have to rely more on physical science than political science to save us from ourselves.