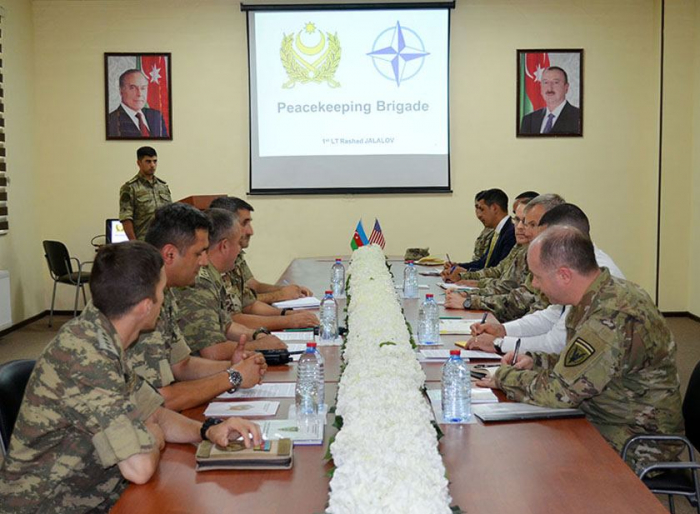 A delegation led by the U.S. Army Europe and Africa Deputy Commanding General for Army National Guard, Major General Michael Wickman, visited the military unit and the Medical Department of the Ministry of Defense.

The delegation is on a visit to Azerbaijan within the framework of the support of bilateral military cooperation between the United States of America and the Republic of Azerbaijan and the State Partnership Program, AzVision.az reports citing the Defense Ministry.

During the meetings, the parties exchanged views on military cooperation between Azerbaijan and the United States of America, as well as issues of mutual interest related to activities within the framework of the State Partnership Program with the state of Oklahoma.

In the end, the sides exchanged gifts and a photo was taken.