Travel chaos in Germany as Lufthansa cancels over a thousand flights 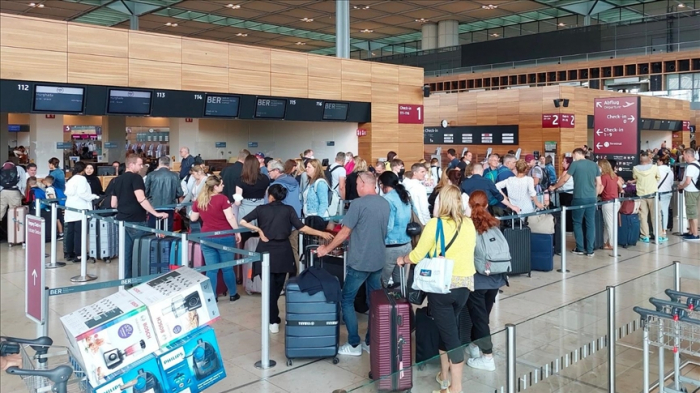 The strike is set to affect up to 140,000 passengers and will end early morning Thursday.

Ver.di, which is negotiating a pay raise for the airline’s 20,000 employees, says that after two rounds of negotiations the pay hike proposal from Lufthansa was rejected by the employees, and the warning strike has been called to put pressure on the management to come back with a better offer.

Holger Rossler, the secretary general of Ver.di Berlin-Brandenburg, told Anadolu Agency that Lufthansa’s latest offer is below inflation, falling below the cost of living.

“Inflation is very high, (and) in the last three years because of the Corona pandemic there was no pay raise, that's why workers now need a proper adjustment,” he said.

In a statement, Michael Niggemann, Lufthansa's human resources chief, defended the airline, saying the current offer is appropriate and that the strike is causing enormous damage to the company in the middle of peak travel season and adding to an already chaotic environment across Europe.

Lufthansa canceled 646 flights from Frankfurt Airport and 330 from Munich on Wednesday, and told passengers the strike action could cause further flight cancelations or delays later this week.

The Ver.di union is demanding a 9.5% pay rise to help employees deal with inflation, which this June hit an annual rate of 7.6%.

Another round of wage negotiations between Lufthansa and the union is expected to take place in Frankfurt next week.