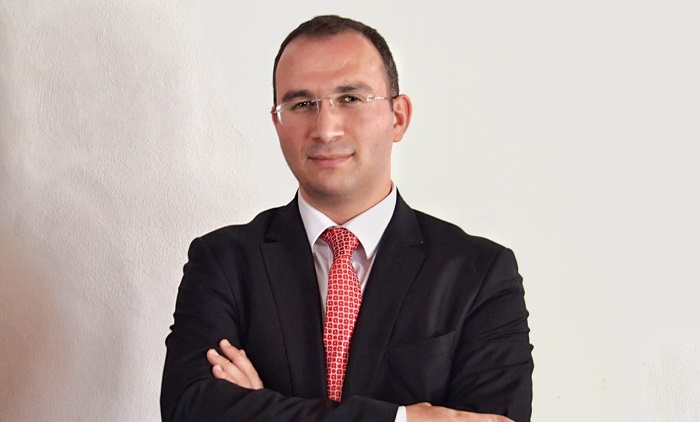 ‘The number one issue the world needs to urgently solve is inflation. If America had not so ardently tried to prevent economic development in China, it would have been much easier to fight inflation. The US is raising interest rates to fight it because of the fear of falling behind in economic competition with China. The war between Russia and Ukraine at a time like this has elevated the risks some more.’

Turkish economy expert Neshat Gundogdu spoke to AzVision about the risks the world is facing today. He believes that although the situation has opened various opportunities for regional countries, the world at large is facing serious threats. The price for energy carriers plays a leading role in the inflation structure and Western countries have now realized that increasing interest rates is meaningless. China has resorted to different tricks to have other Asian countries depend on it, which posed obvious difficulties for the West, in want to establish economic ties with them.

‘If Russia is an energy country, China is a country that can produce everything but energy. There is a likelihood that Russia and China might build an economic union with a common currency. A completely different landscape will unfold should Central Asian countries also choose to join. There are many scenarios on the table for the near future and it is up to the steps the players take to determine which one of them will come to fruition.’

- Can we expect anything new in Turkey’s economic relations with Uzbekistan and Kazakhstan?

‘Turkey is one of the few countries on Putin’s ‘friend’ list. Since it is a member of the Customs Union and has access to Europe, Russia has begun to rapidly establish itself in Turkey. Many oligarchs, expelled from Europe, found themselves in Turkey, where they started to establish companies and build partnerships. Their goal is to be able to export to Europe. Small trade Russian goods are already penetrating the European market. Turkey literally plays the role of a key for Russia, who needs Turkey. This was obvious at the meeting that took place in Iran: Remember how Putin was kept waiting in the room for two minutes. The fact that he could not utter a word showed how much Russia needs Turkey. Russia is powerful and can threaten its enemies, but they still need an open door for the economy. Turkey is that open door. The opportunity Turkey is ready to offer is priceless for Russia. Therefore, economic integration between Russia and Turkey will grow even stronger.

We have also arrived at certain agreements with Uzbekistan these past several months. It was a big deal for Uzbekistan to join the Organization of Turkic States. Turkmenistan getting an observer status was also huge. We are observing acceleration in our relations. Turkey’s position in the events with Uzbekistan was also important. Turkey establishes equal-level bonds with other Turkic states and this policy is highly appreciated. Such approach helps build true unity in the region.’

- Can the Organization of Turkic States become an alternative economic power to the Eurasian Economic Union?

‘The Eurasian Economic Union is crucial. It helps reduce Russia’s anxiety, albeit only a little. At the same time, it is built on a system, calculated to obtain benefits. However, it could not reach the anticipated level. If you pay closer attention, you will notice that its member countries cannot participate in technology exports or take any steps that would propel the world towards development. The economic cooperation that has formed as a result have made the countries dependent on each other in certain areas. It is certainly good for the budget, but no use for the economic development. Therefore, we cannot say that the Eurasian Economic Union has any future.

The Organization of Turkic States, on the other hand, has a vision for 2030, which includes an integration program. The future will show whether it is implemented. This is not an easy process. However, the problems the EEU is experiencing are also valid for the OTS. It is still about capital accumulation without technology export. Turkey still has a long way to go to be able to compete with the rest of the world in tech exports.

It is impossible to cooperate with two customs organizations at once. Turkey is already a member of the EU Custom Union, which it must leave should Turkey want to join another one. Turkey will not give it up, because trillions are at stake here. I suppose only a single currency project in the energy sector can become a real option.’