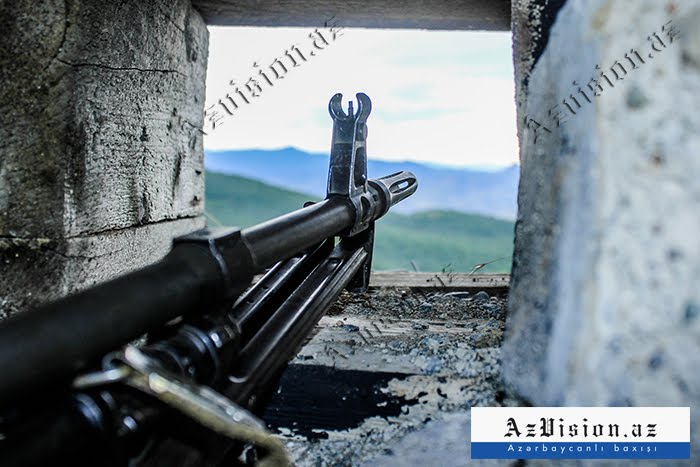 Over the past day, the positions of the Azerbaijani army were shelled by Armenian armed forces by about 10 times, AzVision.az reports via the Ministry of Defense of Azerbaijan.

Six incidents were related to Armenian troops shooting at the positions of the Azerbaijani army in Kalbajar and Lachin regions from positions located in the Basarkechar, Garakilsi and Goruz regions.

The other four incidents are related to periodic shelling of the positions of the Azerbaijani army in the direction of the Kalbajar, Goranboy and Fuzuli regions by members of illegal Armenian armed groups on the territory of Azerbaijan, where the Russian peacekeeping contingent is temporarily stationed, using sniper rifles and various-caliber small arms.