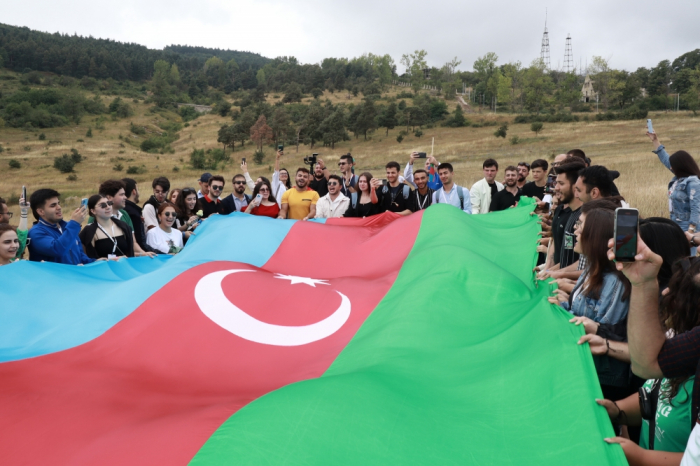 The participants of the Third Summer Camp of Azerbaijani Diaspora Youth have visited the Jidir Duzu plain in Azerbaijan’s city of Shusha.

The slogans “Azerbaijan”, “Karabakh is Azerbaijan”, “Martyrs are immortal, Motherland is indivisible!” were cheered all around, as participants waved glorious Azerbaijani tricolor flag on the Jidir Duzu plain.

They expressed their deepest gratitude to the courageous Azerbaijani Army and Azerbaijani President, Supreme Commander-in-Chief Ilham Aliyev for the liberation of the ancient Azerbaijani city of Shusha.