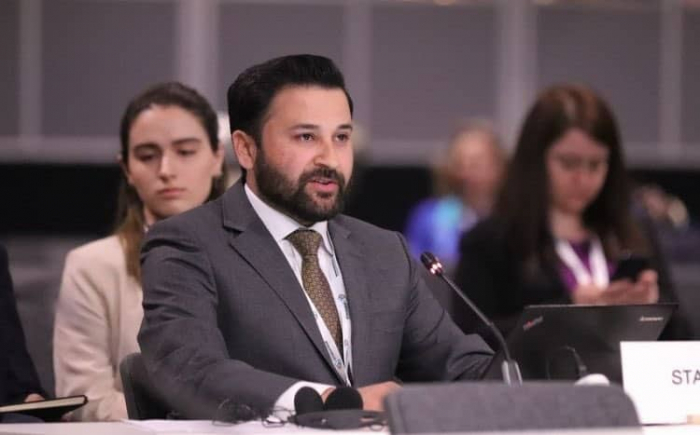 Journey towards peace, prosperity and dignity is full of hurdles like mountainous rocks. It is the quality of peace builders, leaders and the people to convert these difficult rocks into stepping stones to achieve the destiny of peace and human dignity. The global community believes that peace is a key towards global dignity and through this way the global community can achieve the global agenda of Sustainable Development.

The aggressive policy of the Armenian side against Azerbaijan has already begun since the 20th century. Thousands of people have died as a result of the policy of aggression, and more than 1 million people were IDPs for many decades. The Armenian army committed an unprecedented Khojaly Genocide, which the whole world still feels yet.

Despite the reaction of some international organizations and states, in general, the Armenian government is not preventing the aggressive war and as a result, on September 12-14, 2022, the Armenian side began to commit provocations in the Lachin region and attacked along the entire front line while suppressing a large-scale provocation of the Armenian armed forces, 282 servicemen of the Armed Forces of the Republic of Azerbaijan were wounded and received bodily injuries of varying severity.

Though in connection with the Armenian past and present attacks on Azerbaijan, the United Nations adopted resolutions 822, 853, 874 and 884. These documents directly confirmed the occupation of Azerbaijani territories by Armenia, the massacres in Azerbaijan, the killing of thousands of people, the capture of more than a million people. In last week provocations, out of 282 wounded servicemen, 43 persons rejoined the army after being provided with first medical aid, 115 persons are in satisfactory state, 103 persons are in state of moderately severe, and 21 persons are in severe condition.

At the same time, as a result of the Armenian armed forces’ provocation, 2 Azerbaijani civilians were wounded. One of wounded civilian was discharged after receiving first medical aid.

Previously and now as well, the Armenian side grossly violated the universally accepted principles of international law, the requirements of the Geneva Convention of 1949, which established the rules of war. The Azerbaijan Army’s engineer-sapper units are clearing the territories and supply roads, which were mined by sabotage groups during a large-scale provocation committed by the Armenian armed forces. As a result of demining activities conducted in the territory of the Lachin region, on September 18, 122 E-001 M type anti-personnel mines produced in Armenia in 2021 were removed and transported from the ravine gap of the northeastern part of the Boyuk Ishigli Mount and disposed of in compliance with safety regulations.

I strongly condemn Armenia's war crimes and demand an end to its deliberate firing on Azerbaijani Army and citizens. At the same time, I call on the international community to strongly condemn this new act of aggression launched by Armenia, the world gives a fair assessment to the provocative mission carried out by the Armenian side.

Further, I would also like to highlight the cease-fire agreement between India and Pakistan over the issue of Kashmir but this region is still waiting to ensure peace. As a global Climate activist, I wish more peace, more prosperity and more dignity all around the world.