How the West Poisoned Its Money - OPINION 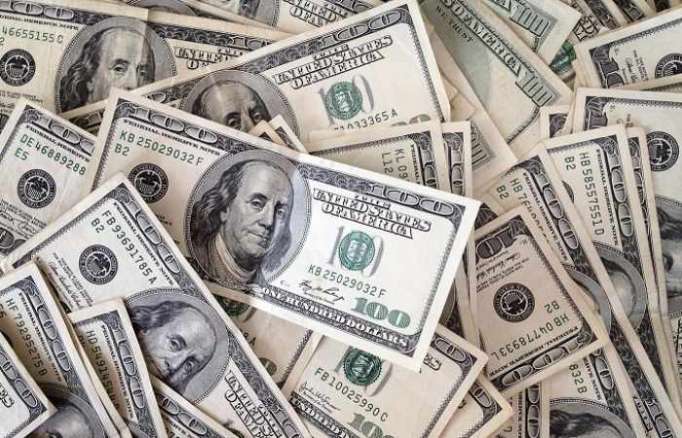 When a factory wants to remove toxic waste, it charges a negative price for it: its managers pay someone to get rid of it. But when central banks begin to treat money like car manufacturers treat spent sulfuric acid, one knows that something is rotten in the kingdom of financialized capitalism.

Capitalism conquered the world by commodifying almost everything that had a value but not a price, thus driving a sharp wedge between values and prices. It did the same to money. The exchange value of money always reflected people’s readiness to hand over valuable things for given sums of cash. But, under capitalism, and once Christianity accepted the idea of charging for loans, money also acquired a market price: the interest rate, or the price of leasing a pile of cash for a given period.

After the 2008 financial crash, and especially during the pandemic, a strange thing happened: money held its exchange value (which inflation diminishes), but its price tanked, turning negative on many occasions. Politicians and central bankers had inadvertently poisoned “humanity’s alienated ability” (Karl Marx’s poetic definition of money). The poison they administered was the post-2008 policy, in Europe and the United States, of harsh austerity for most to finance socialism for the few.

Austerity reduced public expenditure precisely when private expenditure was falling like a brick, accelerating the decline of the sum of private and public expenditure – which is, by definition, national income. Under capitalism, only Big Business has the capacity to borrow significant amounts of the money that lenders, mostly rich people with large savings, are willing to lend. This is why the price of money tanked after 2008: demand for it dried up, as Big Business responded to austerity’s calamitous effect on demand by canceling investments, even as the supply of money (to Big Business) burgeoned.

Like stockpiles of potatoes that no one wants to buy at the prevailing price, the price of money – the interest rate – drops when demand for it lingers below the quantity available to be lent. But here is the crucial difference: Whereas a rapidly falling potato price cures quickly any over-supply problem, the opposite happens when the price of money falls fast. Instead of rejoicing that they can now borrow more cheaply, investors think: “The central bank must think things are grim to let interest rates drop so much. I won’t invest even if they give me free money!” Even after central bankers cut money’s official price sharply, investment failed to recover – and the price of money kept falling, until it reached negative territory.

It was a strange situation. Negative prices make sense for bads, not goods. When a factory wants to remove toxic waste, it charges a negative price for it: its managers pay someone to get rid of it. But when central banks begin to treat money like car manufacturers treat spent sulfuric acid, or nuclear power stations their radioactive wastewater, one knows that something is rotten in the kingdom of financialized capitalism.

Some commentators now hope that Western money is being purified in the flames of inflation and interest-rate hikes. But inflation is not driving the poison out of the West’s money system. After more than a decade of addiction to poisoned money, no obvious detoxification method presents itself. Inflation today is not the same beast the West faced in the 1970s and early 1980s. This time around, it threatens labor, capital, and governments in ways that it could not 50 years ago. Back then, labor was organized enough to demand wage increases that averted a cost-of-living crisis, and neither states nor private corporations relied on free money to keep going. Today, there is no optimal interest rate that will restore the balance between money demand and money supply that does not trigger a massive wave of private and public bankruptcy. That is the long-term price of poisoned money.

The US government faces the impossible dilemma of curbing domestic inflation and forcing Corporate America and many friendly governments into a solvency crisis that will threaten America’s own stability. Things are far worse in the eurozone, where policymakers refused to do the obvious once Europe’s banks had failed after 2008: establish a proper federation’s foundation – a fiscal union. Instead, they let the European Central Bank do “whatever it takes” to save the euro. Only by poisoning its own money could the ECB keep the euro show on the road. Today, the ECB owns huge quantities of Italian, Spanish, French, even Greek debt that it can no longer justify holding as a means of achieving its inflation target, but which it cannot renounce without calling the euro’s existence into question.

While pondering the unresolvable conundrum Europe and America face, this is perhaps a good moment to contemplate the deeper reason why money can be poisoned (which is not the same as being debased by inflation). A good start is to borrow Albert Einstein’s idea that we can make sense of light only of if we accept that it features two distinct behaviors: that of particles and that of waves.

Money, too, has two natures. Its first nature, that of a commodity that we trade with other commodities, can never explain why money would ever acquire a negative price. But its second nature does: Money, like language, is also a reflection of our relation to one another and to our technologies. It echoes how we transform matter and shape the world around us. It quantifies our “alienated ability” to do things together, as a collective. Once we recognize money’s second nature, everything makes a lot more sense.

Socialism for bankers and austerity for most of the rest thwarted capitalism’s dynamism, plunging it into a state of gilded stagnation. Poisoned money flowed in torrents, but not into serious investments, good jobs, or anything capable of reanimating capitalism’s lost animal spirits. And now that the specter of inflation hovers above us, no monetary policy can purify money, restore equilibrium, or channel investments where humanity needs them.

Yanis Varoufakis, a former finance minister of Greece, is leader of the MeRA25 party and Professor of Economics at the University of Athens.