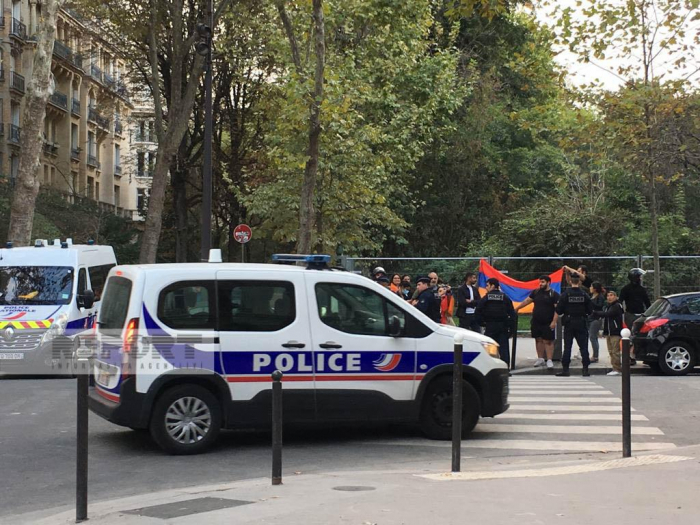 The Armenian radical group "Nor Surround" tried to attack the cultural centre of the Azerbaijani embassy in France, AzVision.az reports.

The goal was to prevent the holding of a conference on the destruction of the historical and cultural heritage of Azerbaijan in Armenia, organized by the National Commission of Azerbaijan to UNESCO, our country's embassy in France and the Permanent Mission to UNESCO.

The Armenians threw paint on the building of the cultural center, and as a result of the intervention of the police, the provocateurs were removed from the scene.