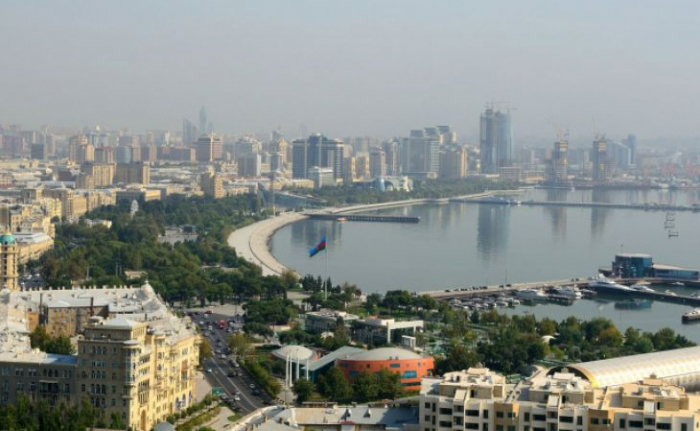 The corridor is seen as an important strategic and economic link between Asia and Europe, and its development is closely watched. Azerbaijan, as a key country in the Middle Corridor, also has significant economic and political interests in the region. The transport link such as the Baku-Tbilisi-Kars railway has been working to increase its trade with China and other countries in the region.

The development of the Eurasia Middle Corridor has great potential to bring significant economic and political benefits to the regional countries but it should also avoid potential risks and challenges, such as competition for resources and influence.

Azerbaijan plays a key role in regional connectivity in the Caucasus and Central Asia region. The country has a strategic location at the crossroads of Europe and Asia and serves as a bridge between the two continents. This makes it an important transit country for trade and transportation between the Middle East, Europe, and Asia.

Azerbaijan is actively participating in regional economic and trade initiatives, such as the Belt and Road Initiative (BRI), which aims to improve connectivity and increase trade between Asia and Europe.

The prospects of transport regional connectivity in the Caucasus and Central Asia region are generally positive, as the development of transportation will increase the connectivity in other fields such as energy infrastructure, and economic and trade initiatives, which have the potential to bring significant benefits.

Regional transport connectivity can also bring political and security benefits. Improved communication infrastructure can increase cooperation and coordination between countries, which can lead to greater stability and prosperity in the region. Additionally, increased trade and economic growth can help to alleviate poverty and reduce the risk of conflict.

One of the main benefits of regional connectivity is increased trade and economic growth. Improved transportation infrastructure, such as the Baku-Tbilisi-Kars railway, can reduce transport costs and increase the capacity for trade between Asia and Europe. This can lead to increased investment and job opportunities in the region, as well as higher living standards for the population.

Additionally, Azerbaijan is a major player in the development of the International North-South Transport Corridor, which aims to connect Northern Europe to Southeast Asia via the Caspian Sea. Through these corridors, Azerbaijan is able to act as a hub for transportation and trade, facilitating the movement of goods and resources throughout the region.

Khalid Taimur Akram is the Executive Director at Pakistan Research Center for a Community with Shared Future (PRCCSF), Islamabad.