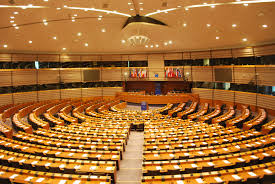 The occupation of Azerbaijani lands by the Armenian troops has been clearly confirmed as a fact by the European Parliament as the organization adopted at its Plenary Sitting a motion for a resolution based on the four resolutions of the UN Security Council.

Proposed by the Parliament`s Rapporteur of the 16th paragraph of the draft resolution Jacek Saryusz-Wolski, an important amendment for Azerbaijan concerning the Armenia-Azerbaijan Nagorno-Karabakh conflict was adopted at the Plenary Sitting of the Parliament.

The amendment says: `The European Parliament recalls its position that the occupation by one country of the Eastern Partnership of the territory of another violates the fundamental principles and objectives of the Eastern Partnership and that the resolution of the Nagorno-Karabakh conflict should comply with UN Security Council resolutions 822, 853, 874 and 884 of 1993 and the Organisation for Security and Cooperation in Europe (OSCE) Minsk Group Basic Principles, enshrined in the L`Aquila joint statement of 10 July 2009.`

The second section of the 23rd paragraph of the motion for a resolution was pulled out because it was repeating the 16th paragraph, and it was adopted as the following: `The European Parliament reaffirms the need to strive for the regional stability and security that are necessary to achieve the goals of the Eastern Partnership, also in the context of further integration with the EU; urges further efforts to progress towards the resolution of the territorial conflicts in Georgia, Azerbaijan, Armenia and Moldova`.