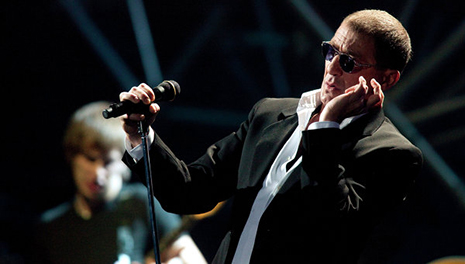 The US Department of the Treasury on Wednesday blacklisted three Russians for ties with an international criminal group, US Treasury spokesman John Sullivan said.

The department said in a statement earlier in the day that it had “designated six individuals and four entities linked to the Brothers` Circle, a Eurasian crime syndicate, pursuant to Executive Order (E.O.) 13581, which targets significant transnational criminal organizations (TCOs).”

Three of the six individuals have Russian citizenship, one is a national of former Soviet republic of Uzbekistan and one is an Israeli passport holder. The citizenship of the sixth person was not disclosed.

The list mentions Grigory Lepsveridze, also known as Grigory Leps, whose personal data, such as the full name, date and place of birth coincides with that of a Russian singer-songwriter of Georgian origin.

Sullivan confirmed that the person on the list was indeed “a singer.” However, RIA Novosti was unable to obtain an official confirmation from Lepsveridze or his authorized representatives at the time of the publication.

Lepsveridze was put on the list for couriering money on behalf of Vladislav Leontyev, blacklisted under the same executive order last year for being “a key member of the Brothers` Circle and has been involved in various criminal activities, including narcotics trafficking.”

According to information provided by the US Treasury Department, The Brothers` Circle is one of five TCOs sanctioned by the US, along with the Camorra, the Yakuza, Los Zetas, and MS-13.

The Brothers` Circle comprises leaders and senior members of several Eurasian criminal groups that are largely based in the countries of the former Soviet Union, but which also operate in Europe, the Middle East, Africa, and Latin America, the Department of the Treasury said.

Wednesday`s action brings the total number of individuals and entities blacklisted for ties with the Brothers` Circle to 28.