Russia shows its hand on Karabakh 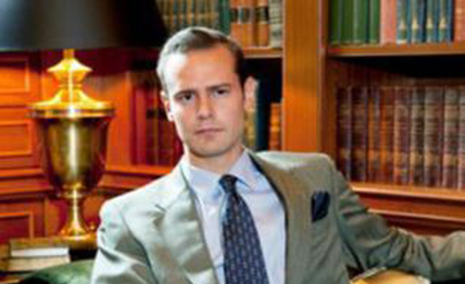 By Alexandros Petersen, author of The World Island: Eurasian Geopolitics and the Fate of the West and co-editor ofwww.chinaincentralasia.com.
If Moscow is hoping that the Caucasus will stay stable ahead of the February Winter Olympics in Sochi, its commanders on the ground do not seem to have gotten the memo.

In an interview with the Russian Defense Ministry`s newspaper late last month, Col. Andrey Ruzinsky, commander of the 102nd Military Base at Gyumri in Armenia affirmed Russia`s preparedness and intention to “join the armed conflict” against Azerbaijan if it “decides to restore jurisdiction over Nagorno-Karabakh by force."

Ruzinsky added that his officers had recently toured “areas of combat engagement” and plan to increase joint military exercises with Armenian forces in the coming year.

It is of course an open secret to all in the region as well as to Eurasianists in the EU that the Nagorno-Karabakh dispute is a Russian proxy conflict, maintained in simmering stasis by Russian arms sales to both sides so that Moscow can sustain leverage over Armenia, Azerbaijan and by its geographic proximity Georgia.

It is still however striking to see a pivotal Russian military figure in the conflict underlining his country`s intent to use massive force to maintain this destructive status quo or even tip the balance should Armenia and Azerbaijan come to major blows again.

The statement is highly illustrative of regional dynamics in that it lays bare Armenia`s utter dependence on Russia for its security and the de facto abrogation of Armenian sovereignty - made final by President Serzh Sargsyan`s recent obsequious pleas to join Moscow`s Neo-Soviet Customs Union instead of moving forward with an EU Association Agreement.

It also underscores the gradual tipping of the balance of power between Baku and Yerevan towards Azerbaijan, given its ballooning military budget made possible by its oil and gas bonanza.

Apart from the close relationship between decision makers in Russia and Armenia, it is Azerbaijan that Moscow feels it has to contain, because of its energy wealth, but also because of the Azerbaijani leadership`s adamant Western orientation for the past decade and a half.

In the run up to the Vilnius Summit, Russian decision makers seek to send a message that choosing the EU over Russia - a false choice incidentally - is a risky move. Col. Ruzinsky`s remarks smack of similar Russian threats to Georgia before the 2008 war.

In fact, Russia is much better prepared to ignite the Nagorno-Karabakh conflict than it was to annex Abkhazia and South Ossetia.

Unlike with Georgia`s separatist territories where Russian leaders had to concoct the bizarre pretext that their armed forces were defending two minuscule independent statelets, over Nagorno-Karabakh, Moscow can just invoke its mutual defense pact with Armenia and its CSTO obligations.

In the eyes of the international community, Russian forces supposedly defending Armenia - even though a conflict would probably be centered on the internationally recognized Azerbaijani territory of Karabakh - would be seen as much more legitimate than an intervention in Georgia.

Russia`s revealing its bias on the Karabakh conflict also draws into serious question its role as a co-chair of the so-called Minsk Group, the OSCE conflict negotiation mechanism also chaired by France and the United States.

Again, anyone that has watched the conflict closely for the past two decades knows well that Russia is not just a mediator but also a party to the conflict. But, until now, all participants have at least acted on the pretense that Russia is somehow objective. Col. Ruzinsky`s unvarnished statement will make it difficult for French and American diplomats to continue a strategy towards conflict settlement that relies on Russia.

Russia`s active role as a party to the Nagorno-Karabakh conflict is not news.

However, Moscow`s shot over the bow to Azerbaijan and the region is an ominous reminder of the catastrophe that can befall the Caucasus if conflict settlement is not soon achieved.

The first step is convening comprehensive negotiations between Armenia and Azerbaijan. But the lead in doing so will almost certainly have to come from France (and the EU) or the United States as honest brokers.