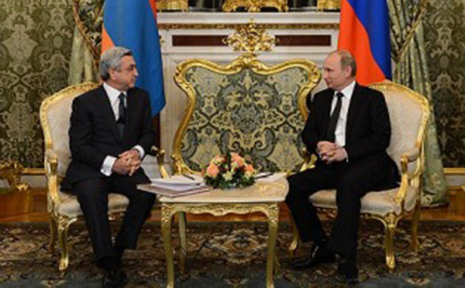 Economy Minister Vahram Avanesyan on Tuesday announced that the road map for Armenia`s Customs Union accession has been prepared.
The minister also informed that this roadmap will be discussed in the coming days among the experts from the Russian Federation (RF), Belarus, Kazakhstan and Armenia, reports RFE/RL Armenian service.

To note, Leonid Slutsky, Chairman of the RF State Duma Committee on CIS Affairs, Eurasian Integration, and Relations with Compatriots, had stated in mid-October that Armenia`s Customs Union accession road map would be ready in about a month, and the country`s actual accession will be brought to fruition in just several months.

Following the talks that were held on September 3 in Moscow between Armenian and Russian Presidents Serzh Sargsyan and Vladimir Putin, Sargsyan had announced that Armenia plans to join the Customs Union and subsequently engage in the formation of the Eurasian Economic Union. Aside from Russia, Belarus and Kazakhstan likewise are members in the Customs Union.