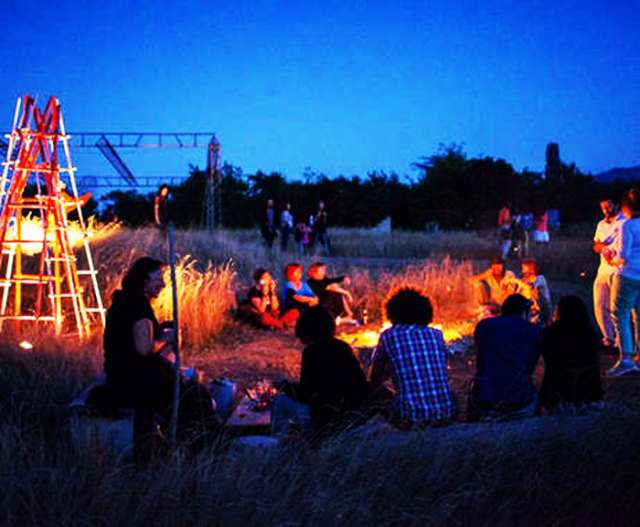 Azerbaijani artists have attended the VII International "Fest i Nova" Festival of Contemporary Art at the Garikula Art Villa in the Georgian village of Garikula, Azernews.az reports.

The festival, dedicated to the 15th anniversary of the Garikula Art Villa, showcases individual and group projects in different genres such as photography, three-dimensional cinema, painting, drawing, multimedia installations, performances, as well as sculpture and poetry.

Azerbaijan was represented at the festival for the first time.

The art was commissioned by Dadash Mammadov and curated by honored artist of Azerbaijan Sabina Shikhlinskaya, and featured the work of artists Butunay Hagverdiev and Orkhan Garayev.

Azerbaijani artists presented a style of modern art known as land art, which is a kind of artistic protest against the usual plastic aesthetics, and commercialization of art. The artists have developed monumental landscape designs and nature installations.

The theme of the project titled “Fire” was an artistic, cultural, and philosophical understanding of fire as a natural disaster, a theme that is connected with the ancient history of Azerbaijani land, which is often referred to as the "Land of Fire".

The author and the mastermind behind the Garikula festival is Karaman Kutateladze, a painter, art teacher, and the director of the Center for Contemporary Art in Georgia. The festival aims to promote a convergence of Georgian and foreign figures of contemporary art.

Traditionally, the festival has also attracted artists from Europe, the U.S. and CIS countries, alongside Georgian artists.