The investigation is underway, Military Prosecutor of Azerbaijan 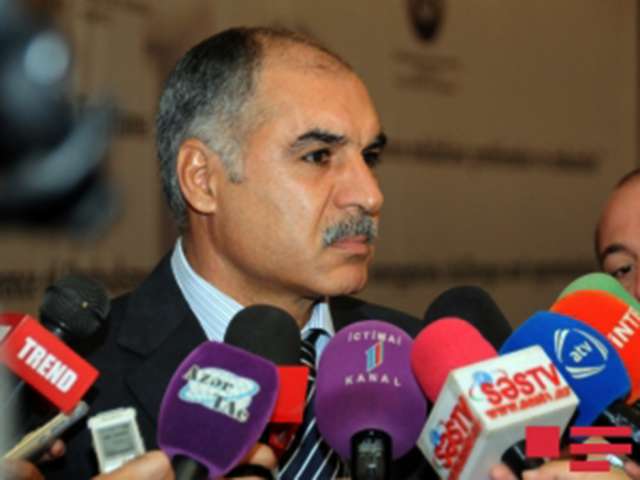 The investigation is underway into the cases of other members of the criminal group, which included Arsen Bagdasaryan, Military Prosecutor of Azerbaijan, Lieutenant-General of Justice Khanlar Valiyev said in his article published by “Xalq” newspaper on the occasion of October 1 - professional holiday of prosecutors.

The article says that on 21 November 2012, under the order of the Prosecutor General of the Republic of Azerbaijan, Military Prosecutor`s Office set up a special investigation group due to the facts of killing, torturing and disabling of Azerbaijani captives and hostages by the Armenian armed forces in Nagorno-Karabakh and other occupied territories of Azerbaijan, as well as in Armenia, sabotages and terrorist attacks committed by Armenians, deportation of the population, destruction of material resources in the residential areas, destruction of cultural-historic monuments and other grave crimes committed by Armenians since 1988.

Under article #103 and other articles of Azerbaijan’s Criminal Code which envisage responsibility for genocide, courts issued arrests warrants against 296 people for the Khojaly, Garadaghly, Meshaly, and Baghanis-Ayrem tragedies as well as torture against captives and other crimes committed by Armenian armed forces.

Note that, professional serviceman Bagdasaryan Arsen Edwardovich, who is a member of an Armenian reconnaissance-sabotage group, was captured by Azerbaijani soldiers while attempting to cross the Aghdam part of the contact line of troops on 26 December 2014 and handed over to law enforcement agencies.

The criminal case was investigated and sent to the court for consideration.

The court proved the crimes committed by Baghdasaryan and he was fairly sentenced. The Republican Military Prosecutor’s Office continues investigation into the case of other members of the criminal group.