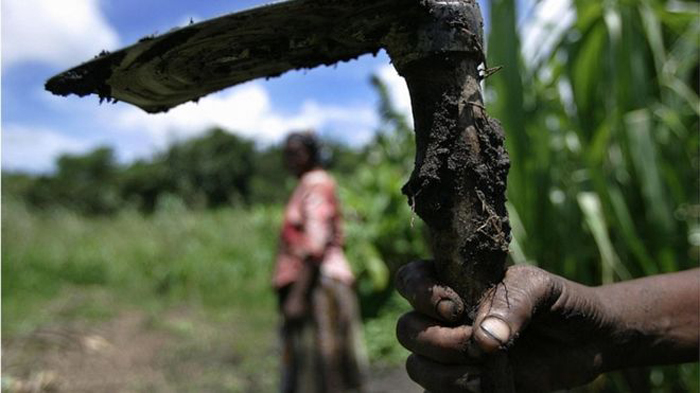 The findings were outlined in the 2015 African Agriculture Status Report.

Despite the dominance of agriculture in many economies, outdated land-tenure systems and poor access to finance deter new entrants to farming, it said.

The call for action was presented at the African Green Revolution Forum, which is being held in Zambia.

The report, produced by the Alliance for a Green Revolution in Africa (Agra), warns that the continent will not solve its chronic food shortages or worrying unemployment levels among its youth without wholesale changes.

In 2015, the African Union issued a declaration to double food productivity and halve poverty by 2025.

The report`s co-ordinating editor, Agra`s head of strategy, monitoring and evaluation, David Sarfo Ameyaw, said the report highlighted a direct link between the rising level of unemployment among the under-25s and food security concerns.

But, he added, the two issues also presented a clear opportunity to deliver a solution.

"The impact of youth involvement and participation in agriculture and food systems will be seen in sustainable economic growth and in the reduction of poverty and malnutrition across the continent."

He told BBC News that studies had shown that a 1% increase in GDP from the agriculture sector reduces poverty five times as much as any other sector.

However, there were a number of long-standing barriers that prevented or deterred future generations of would-be agribusiness leaders.

One was the lack of access to land. "Africa has the highest area of arable land in the world but because of the limitation of our land-tenure systems and land policies, it is very difficult for the youth to access land," Dr Sarfo Ameyaw explained.

"Africa, unlike other countries, does not have a viable land market. They are either traditionally or culturally owned."

Another constraint was accessing finance facilities.

He observed: "The report points out that only about 25% of the young people in Africa have any form of access to finance, even things such as a bank account or credit card."

He said that even if a young person identified some land, it was hard to find the finances to buy the land and made it very hard to get a foot on to the agriculture ladder.

Figures from the African Union Commission estimate that about 65% of Africa`s population is below the age of 35 years, with 10 million youths (15-35 year-olds) entering the workforce each year.

It is also estimated that agriculture provides 65% of the continent`s jobs. And as the world wakes up to the challenge it faces to feed a growing population that is forecast to exceed nine billion by the middle of this century, Africa holds up to 60% of the world`s uncultivated arable land.

Dr Sarfo Ameyaw said, along with reforms to the barriers and constraints identified by the report, there was also a need to "rebrand" the image of farming and the opportunities for employment the sector offered.

"When you talk about agriculture in Africa, everyone is talking about the production aspect, being on the land," he explained.

"So when we talk about agriculture to the youth, we should rebrand it so that it focuses not only on the production side but along the whole chain."