Dozens dismissed in second round of dismissals at Turkish Finance Ministry 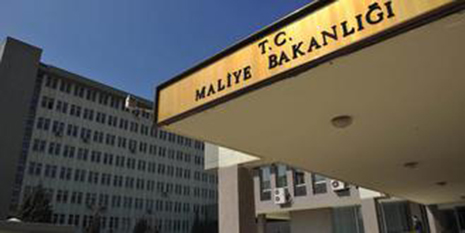 In a second wave of dismissals since the launch of a corruption probe rocked the government last month, dozens of high-ranked bureaucrats were dismissed from the Ministry of Finance on Tuesday, the Vatan daily has reported.

Confirming the dismissals in the ministry, Yıldız reportedly said it is an ordinary decision taken by the ministry and that these dismissals should not be seen as related to the corruption scandal that broke in December.

Around 350 police officers were removed from their posts in Ankara overnight on Monday, marking the biggest single reported police shakeup since the launch of the corruption probe.

Following the launch of the police operations to detain suspects in the corruption probe on Dec. 17, Financial Crimes Investigation Board (MASAK) Deputy Chairman Faruk Elieyioğlu and 10 other officials from the Revenues Administration (GİB) were immediately dismissed from their posts. Following these removals, the media suggested that the ministry had a list of 18 more people to axe.

Since the graft probe that has implicated four government ministers became public, the government, after replacing hundreds of police chiefs mainly in İstanbul and Ankara, has also started to replace chiefs of police in various provinces whose positions are not directly related to the corruption investigation.

Over 400 police officers at the İstanbul Police Department have been removed from duty and transferred in the midst of the ongoing investigation into alleged corruption and bribery, sources say. Also, with this latest round of dismissals on Tuesday, the total number of dismissed officers has risen to 560 in Ankara alone.

Furthermore, many officers from the Düzce, Edirne, Van, Kırıkkale, Ordu, Burdur and Tekirdağ police departments were assigned to different provinces on Tuesday.