Russia to ban government officials from using Google and WhatsApp 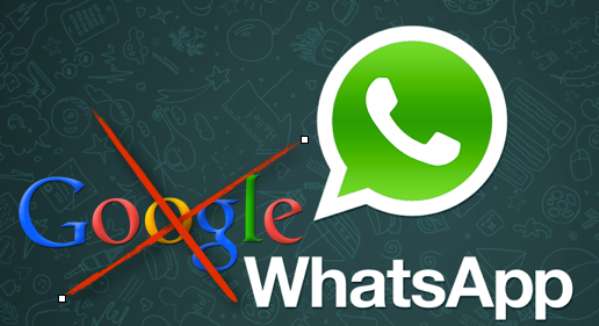 Such an action has been recently taken by Nikolai Patrushev, head of the Security Council of Russia, a consultive body of Russian president statesman that works out the president`s choices on national security affairs.It follows news last year that the Russian government was growing progressively involved concerning its dependence on foreign IT.

According to Patrushev, there`s a danger to regional and native organization from adopting IT and telecommunication resources created by corporations outside of the russia.Patrushev believes that foreign devices and IT technologies could contain malicious software system, put in with the participation of foreign intelligence services.

The proposal of Patrushev has already been supported by the Russian Parliament . in keeping with Vadim Dengin, the first deputy chairman of the Committee on Information Policy of the Duma, software system created in Western countries will able to Manage everything that happens in Russia, despite national legislation.Due to this, the Russian Parliament plans to style a bill that may ban the service like Google, WhatsApp and other services by the country`s officers and even to impose fines within the case of their any use.

According to the Duma, despite the efforts that are taken by the Russian Federal Security Service, the inside Ministry and therefore the Defense Ministry, the matter still exists.
In the in the meantime, some Russian analysts within the field of IT security have already supported the new initiative.

Ilya Massukh, president of the Foundation of Information Democracy and one in every of Russia`s leading analysts within the field of IT security, united with the govt. “These servers and services will very create a risk to the Russian IT security,” he said. “This has been conjointly confirmed by Edward Snowden.

“The Russian governnment is long attentive to this question and regarded ways that for its resolution. There`s continually a risk that data could also be stolen by intelligence services of foreign countries. An example of this is often recent cyber-attacks on the web-servers of Russia`s deputy prime minister Arkady Dvorkovich, and different Top officers of the Russian government, once an Large volume of their personal information and correspondence were hacked with the utilization of such services as Gmail, Yahoo!, WhatsApp and a few others.”

Other Russian IT security analysts , with some leading Russian vendors and IT corporations suggesting that implementation of those goals would cause serious issues because the majority of Russian devices rely on foreign elements.

The new program conjointly involves the planning of the Russian analogues of Microsoft and other programs, the contract on which can be signed with some leading Russian vendors.