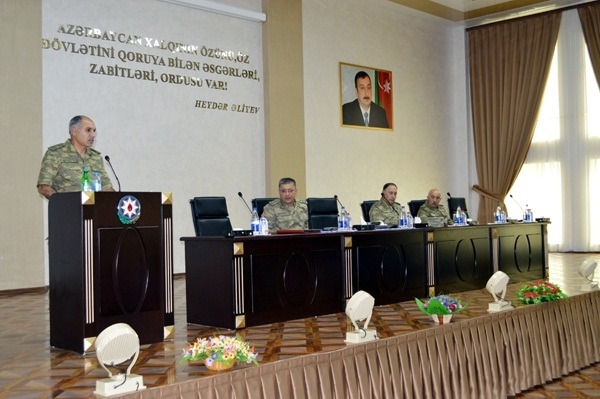 They met with servicemen of different ranks, including the personnel of the frontline military units, the defense ministry said.

The military prosecutor underlined the importance of establishing relations between the personnel within the framework of the requirements of law and charter in order to improve the combat readiness and moral and psychological state of the soldiers.

They also discussed the issues on imbibing in the personnel the spirit of patriotism, strengthening military discipline and legal rules, implementation of appropriate measures depending on the analysis of the criminal cases.

Proposals were made on various topics, and a number of questions from servicemen were answered during the talks.