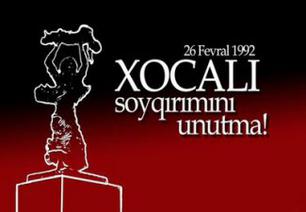 Bulgarian Standart newspaper has published an article titled "the Khojaly Genocide - Tragedy of 20th Century" by journalist Lyubomir Mikhaylov.
The article used excerpts from the interview of Azerbaijani Ambassador to Bulgaria Emil Karimov. The article notes 20 percent of Azerbaijan’s territories were occupied by Armenia. Although UN Security Council adopted 4 resolutions on the occupied territories, Armenia hasn’t yet withdrawn its armed forces from the Azerbaijani lands.

The article narrates on the Khojaly tragedy. It says in February 1992 the massacre left 613 people dead including 106 women, 70 elderly and 63 children.

The article provided information about the massacre and activities of the “Justice for Khojaly” awareness-raising campaign initiated by Vice-President of the Heydar Aliyev Foundation Leyla Aliyeva.