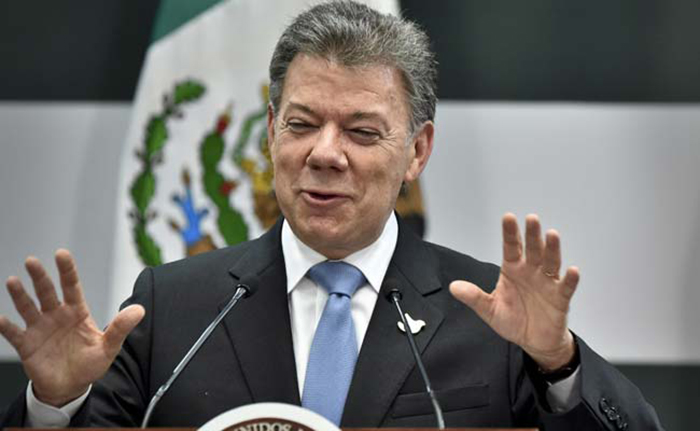 Leftist National Liberation Army rebels killed 12 security officials Monday even as the government pushes for a peace deal with the larger FARC guerrilla force, President Juan Manuel Santos said.
"While we had one of the least violent election days in years (Sunday), the ELN today has slaughtered 11 army troops and a police officer in Boyaca," Santos said in a televised address from the presidential palace.

"My heart really is broken," Santos said. "This shows that the ELN does not understand that this is peace time, and not time for war."

The president warned he had ordered the Defense Ministry and the military to "step up" anti-ELN operations.

"If the ELN thinks that with these acts it is going to gain political space, or leverage in a possible negotiating process, it is dead wrong," he added.

The Santos government has been engaged in peace negotiations with Colombia`s largest guerrilla group, the FARC, since 2012, which the sides aim to wrap up with a final peace deal by March 2016.

After announcing that timetable last month, Santos encouraged the ELN, which has some 2,500 members compared to the FARC`s 7,000, to follow the FARC`s lead in seeking a peace deal.

The ELN has participated in preliminary peace talks with the government since 2014, but has not yet opened a formal peace process.