Should we all become vegetarians? 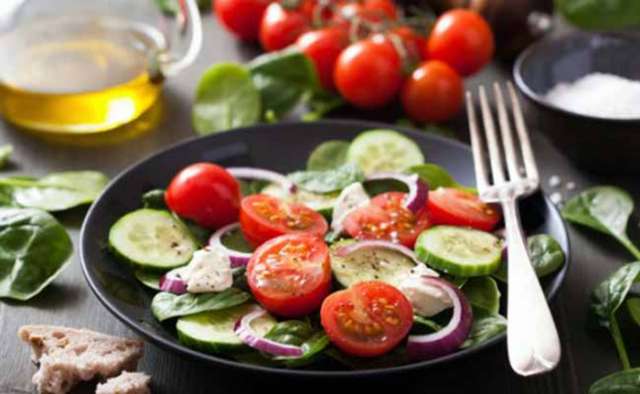 In an announcement that has alarmed bacon lovers and sent the beef industry into a furor, the World Health Organization`s cancer research arm on Monday declared processed meat a carcinogen, like tobacco, and said red meat is probably one, too.
Here`s what experts have to say about what this new warning means for your diet:

Q: What meats are they talking about exactly?

A: The International Agency for Research on Cancer`s definitions of processed meat and red meat are very wide. Processed meats encompass any meats that have been "transformed through salting, curing, fermentation, smoking, or other processes to enhance flavor or improve preservation." This would include sausages, corned beef, hot dogs, beef jerky, canned meat, meat-based preparations and sauces, turkey and chicken cold cuts, as well as bacon.

Red meat refers to "all types of mammalian muscle meat," such as beef, veal, pork, lamb, mutton, horse - even goat.

Q: What kind of cancers did the scientists look at?

Q: Why do they think these are dangerous to our health?

A: Scientists think that something bad happens to meat during the process of salting, curing or other treatment that causes the build up of carcinogenic chemicals such as N-nitroso-compounds (NOC) and polycyclic aromatic hydrocarbons (PAH) in the food. In red meat, cooking can also produce suspected carcinogens - in this case heterocyclic aromatic amines (HAA) and PAH. The IARC`s report, published in Lancet Oncology, notes that "high-temperature cooking by pan-frying, grilling or barbecuing generally produces the highest amounts of these chemicals."

Q: What`s the distinction between the classification that the IARC gave to processed meat vs. red meat?

A: The group put processed meat products into its highest risk category meaning that they believe there`s pretty strong evidence to back up this link. It`s the same designation that has been given to really serious cancer-causing agents, such as air pollution and different types of radiation.

Red meat was put into the second highest category of being a "probable" carcinogen meaning that there`s limited evidence of the link in humans but a lot of evidence in experimental animals.

A: The IARC`s director, Christopher Wild, said that the group`s findings support recommendations to "limit" intake of meat. But Wild also hedged a bit saying that red meat has "nutritional value."

The American Cancer Society`s Susan Gapsur recommends that people who do eat meat begin to cut back on the amount of red meat they consume and "really limit" their intake of processed meat. Gapsur, a vice president for epidemiology, said people should be moving toward a more plant-based diet and choose fruits, vegetables, and beans as alternatives to meat.

Marion Nestle, a professor of nutrition, food studies and public health at New York University, said her recommendation on processed meat and red meat the same: Eat less. But Nestle stops short of recommending everyone should become a vegetarian.

"Some people are interpreting it as don`t eat meat at all. I don`t know if that`s reasonable," she said. "The evidence against processed meat is very strong, but it`s very hard to consider giving up. A BLT is really a wonderful thing."

She said that a number of the studies that link meat to risk of cancers involve individuals who eat meat multiple times a week, if not at every meal, rather than occasional consumers of meat. These people may have other unhealthy habits like exercising less that elevate their risk of cancer. Nestle emphasized that "you don`t need a special diet for cancer."

"The same healthy diet that is good for heart disease is also good for cancer: a largely-but not necessarily exclusively-plant-based diet," she said.

Q: That`s helpful, but what I really need to know is the bottom line. What`s a safe level of meat consumption? Is it okay for me to eat a hamburger with bacon twice a week? Once a week? Once a month?

A: While scientists have come up with those sorts of general recommendation for alcohol consumption (one drink a day), none exists for meat. A person`s individual biology is complex and a safe level for one person may not be safe for another. It depends on what the rest of your diet looks like, how often you exercise, your genes and a whole slew of other factors.

US dietary guidelines recommend that Americans eat diets rich in fruits and vegetables, whole grains, seafood, legumes and dairy and stay away from red meat but they don`t offer any specific numbers. The World Cancer Research Fund International comes the closest - suggesting that people who eat red meat consume less than 500 grams (18 oz) a week and very little if any processed meat.

But American Cancer Society`s Gapsur emphasized in an interview that "we don`t know if there is any perfectly safe level."

"The risk increases with the amount consumed," she said. "The best we can recommend is decreasing your consumption."

The IARC`s report that came out this week says that if you eat 50 grams of processed meat (the equivalent of a few slices of bacon) every day - or a total of 350 grams a week - your risk of colon cancer goes up by 18 percent. That`s a lot. But keep in mind that this is a relative increase in risk and for some cancers your risk of developing the disease is not very high to begin with depending on your age, gender and other factors.