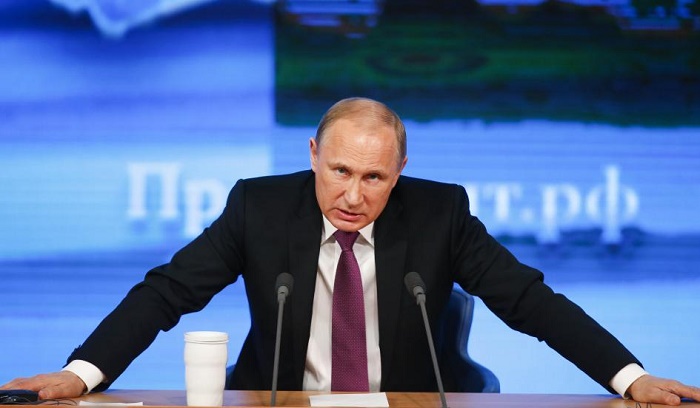 Western leaders who met on the margins of last week
The decision was taken despite mounting calls to cooperate more closely with Russian President Vladimir Putin in the fight against Islamic State following the militant group’s Nov. 13 attacks in Paris which killed 130 people.

The sanctions are due to expire in January, before full implementation of the so-called Minsk peace deal, which aims to resolve the standoff between Kiev and pro-Russian separatists in eastern Ukraine.

Western countries have said all elements of Minsk need to be fulfilled before they can consider easing the sanctions.

In particular, the diplomat said, the leaders had concluded that it was important to maintain pressure on Russia ahead of planned elections in eastern Ukraine.

“The elections in Ukraine are heavy lifting,” the diplomat said, requesting anonymity because the agreement in Antalya was confidential.

“We only have a chance to get what we want if we play the sanctions card. Financial sanctions need to stay in place until the bitter end,” the diplomat added.

Following the attacks, Hollande has called for a grand coalition of nations to fight Islamic State, which controls large swathes of Syria and Iraq. The French president is due to travel to Moscow on Nov. 26 to discuss closer cooperation with Putin.

German Chancellor Angela Merkel will dine with Hollande in Paris the evening before his trip and, according to German officials, will urge him to remain firm on the sanctions question while in Moscow.