Geopolitics of the Arctic: game for the future 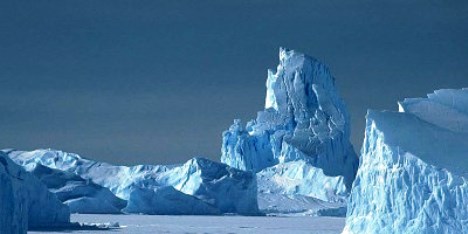 The increasing interest of the Arctic nations in the ice continent became topical by the beginning of the 21st century after the leading nations determined their major geopolitical priorities on the dry continents. It is associated with not only the geostrategic position of the Arctic, which allows to draw a bead on the whole northern hemisphere of the planet but also with the presence of huge hydrocarbon and biological resources here. Suffice it to note the fact that the regions of the Arctic Ocean, polar region contain 13 percent of the world oil reserves. It is not accidental that Russia, USA, Canada and Norway expressed their interests and intentions to develop the Arctic.

Russia. Representatives of the leading Russian oil and gas corporations believe that nothing can prevent the implementation of Russia`s state strategy in the Arctic: development of the North will once and for all consolidate the great power`s status of the leader among the world primary producing countries. Especially since the West Siberia is running out of the oil and gas reserves, and the North, although it is costly and unprofitable, may become an alternative to the "taiga land``. President of Russia Vladimir Putin granted a strategic priority to the government to develop oil fields of the Arctic, and the region itself, as he mentioned, obtains a status of the "national project`` henceforth.

The United States of America. Some media outlets suggest the "Arctic Action Plan of the United States`` and some directive documents were endorsed on November 10, 2008. The documents directly underline that the Americans have fundamental interest in the Arctic region, and the USA is ready to promote them independently or together with other countries. As a matter of fact, the USA virtually declared the wider territories inside the polar circle a zone of its strategic interests.

Canada. Experts believe that this country has a conception of promoting of its interests in the Arctic including the legal framework, organizational structure and model of international cooperation. In addition, the General Program of the Canadian Policy in the Arctic and the Far North has been implemented since 2006. Despite the union with the USA, relations between these countries are far from being unambiguous. On the one hand, the USA and Canada stand for making the Russian Sea Route the international commercial transit route, insisting on the cancellation of arrangements for Russian icebreaker escorting and pilot guiding services. On the other hand, Canada`s declaring the Northwest passage as its own territorial waters caused a sharp negative response of the USA, which insists on their international status.

Norway. Norway has the largest number of territorial claims among the Arctic nations. The section of the disputed territory in the Barents Sea is the continental shelf with the total area of 175,000 km2 including overlapping exceptional economic zones of other countries within this territory. Norway, a NATO member, serves as the most active promoter of the strategic interests of the Western European countries and USA in the Arctic. Its current foreign policy in the region is characterized by a tough position towards the plans of other Arctic nations to utilize the Arctic water and natural resources.

Thus, the Arctic may become a scene of sharp geopolitical and geoeconomic competition with quite unpredictable implications.