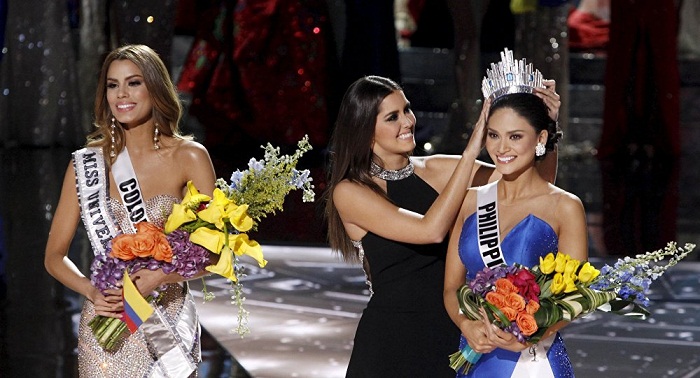 Vivid founder and co-CEO Steven Hirsch saw an opportunity in the incident and took advantage of her sudden notoriety to invite Ms. Gutierrez, in a letter, to have sex for money on videotape, TMZ reported.

For an appearance in a videotaped sex act, Ms. Gutierrez was offered US $1 million, plus she would be allowed her pick of recommended partners and be able to choose the form that the sex act would take. Hirsch also asserted that Gutierrez would become even more famous than the winner of the Miss Universe contest, and be able to use that fame for other, unidentified, career choices.

"I think I have a way that you can benefit from your experience financially as well as increasing your fame way past that of the new Miss Universe. Try to think about the names of former Miss Universe or Miss America title-holders. The only name that most people remember is Vanessa Williams," the Vivid co-CEO slyly suggested.

The company promised it would make a unique Vivid Girl crown especially for Ms. Gutierrez, and sweetened the deal by declaring that the crown would be "grander than anything Miss Philippines will ever wear." Gutierrez is not known to have dignified the offer with a reply.