The 65-page report was written by Russian Brigadier General Leonid Bolkhovitinov, who was stationed in the Caucasus front, and dispatched to the Russian military headquarters on December 11, 1915 and titled "The Real Situation".

It constitutes a follow-up to a report submitted to the Russian Tsar by Armenians on "The Activities of the Armenian Voluntary Bands in the Caucasus".

Bolkhovitinov says in his report that "Armenian voluntary units had started violent slaughters against the Muslim people with racist motives", and that Armenian reports given to the Russians did not reflect the actual situation in the region.

The Russian official states in his report that "We shall not believe in the death tolls that the Armenians give. The number of dead has been constantly exaggerated in the memos distributed by the Dashnak party and there is no doubt that they are politically-motivated".

Bolkhovitinov`s report also underlines that the history of the events which he dubs the "Armenian Problem" go back to 1890.

Some of the important findings Bolkhovitinov lists in his report are:

* European diplomats imposed the ideas of an "Independent Armenia" on the Armenians. Armenian intellectuals in spreading seditious ideology among Armenians in the Ottoman Empire and designed the plan of shedding enough blood to bring about European intervention.

* Armenian terrorist organizations waged violence not only against Ottoman Muslims but also against Armenians who did not cooperate with them.

According to Bolhovitinov’s report, Armenian voluntary bands who joined the Russian forces during World War I wreaked havoc on the civilian population of Anatolia. The report includes photographs of the notorious Armenian "Kazar" and "Sepuh" bands, which, according to Bolkhovitinov, not even the Russians were able keep under control.

This report is likely to create a new perspective on the Armenian claims, given the fact that Russia and the Ottomans were enemies during the late 1910s and the report is written by a high level Russian official on the ground in the conflict area, increases the importance of the report. 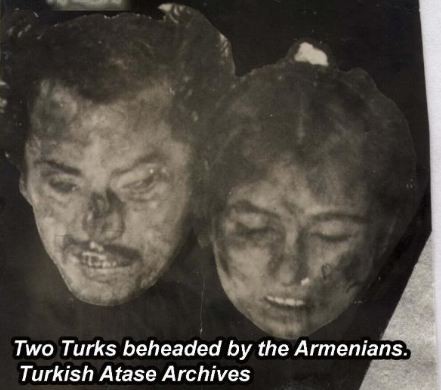 Bolkhovitinov was the Chief of Staff of Caucasus Army Corps of Russia during World War 1. He published many scientific articles on Chinese and Japanese States and Military. He wrote a military article called "Conditions of Troops Movement From The City of Troitskosavsk to Kalgan via Urga", when he was a colonel. 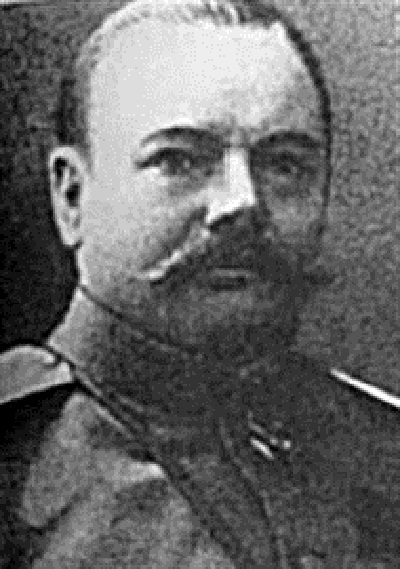 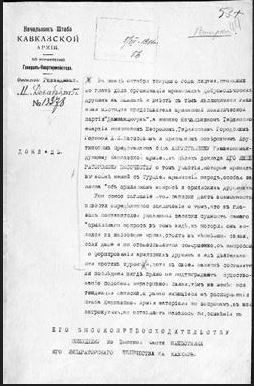 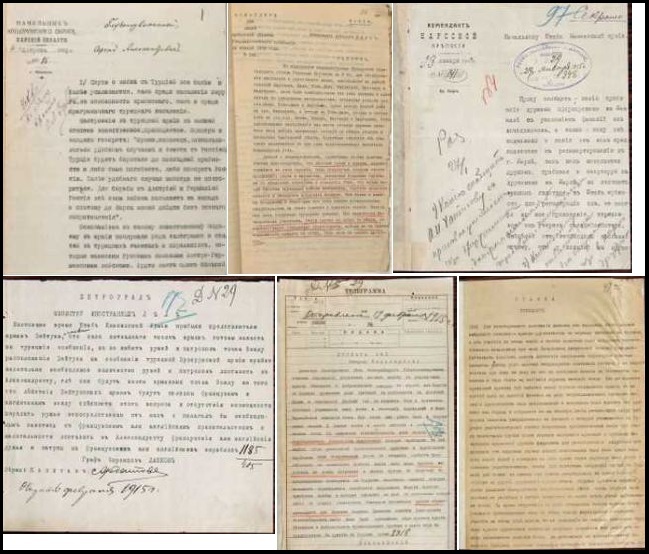