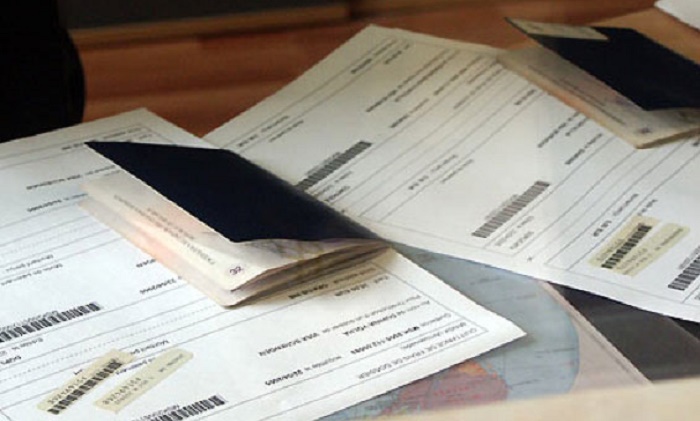 Turkey and Mongolia signed an agreement to initiate mutual visa liberalization between the two countries on Thursday .
Turkey and Mongolia signed an agreement to initiate mutual visa liberalization between the two countries on Thursday Today`s Zaman reported
During Prime Minister Recep Tayyip Erdogan`s diplomatic visit to Ulan Bator, the capital of Mongolia, which included holding talks with Mongolian officials, a cooperation agreement that foresees the lifting of visas between the two countries was signed.
Erdogan conducted high-level diplomatic talks during his visit to Mongolia on Thursday, giving messages on further developing ties between Turkey and the Central Asian country.
Erdogan held a private meeting with his Mongolian counterpart Norovyn Altankhuyag in the capital of Ulan Bator on Thursday. After that, officials from the two countries had an inter-delegation meeting.
During a joint press appearance with Erdogan on Thursday after the meetings, Altankhuyag expressed his wish that more Turks would visit Mongolia after such an agreement. The prime minister noted that a total of 6,500 Mongolians visited Turkey last year but only a one-tenth of this figure visited Mongolia from Turkey.
Meanwhile, İbrahim Kalın, the deputy undersecretary of the prime minister, announced on his Twitter account that the number of Turkish Airlines flights between İstanbul and Ulan Bator will be increased.
Erdogan was accompanied by Deputy Prime Ministers Bülent Arınç and Bekir Bozdag, Culture and Tourism Minister Omer Celik, Finance Minister Mehmet Şimşek and Justice and Development Party (AK Party) deputy chairmen Mevlut Cavushoglu and Menderes Türel in the inter-delegation meeting.
After the meetings, Erdogan and Altankhuyag made a joint press appearance, emphasizing the flourishing ties between the countries.
Mongolia was the last stop of Erdogan`s Central Asian tour. Erdogan went to Mongolia directly after making another diplomatic visit to Kyrgyzstan on Thursday.
Under the scope of his visit, Erdogan also met with Z. Enkhbold, the chairman of the State Great Khural, or parliamentary speaker, later on Thursday. He also attended an official dinner given by his Mongolian counterpart in the evening.
Erdogan was welcomed with an official ceremony during his arrival to Mongolia. During the ceremony, horse-riding military unit, symbolizing the army of the founder of the Mongolian Empire, Genghis Khan, paraded on Sukhbaatar Square in the capital. The national anthems of both countries were also played during the ceremony. Greeting Mongolian soldiers at the ceremony, Erdogan also placed a wreath upon a monument of Genghis Khan.