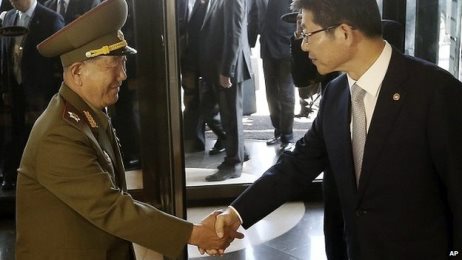 North and South Korea have agreed to resume formal high-level talks that had effectively been suspended since February, reports from South Korea say.

The agreement came during a surprise visit to South Korea by North Korean officials for the closing ceremony of the Asian Games.

Both sides were said to have agreed to meet again within the next few weeks.