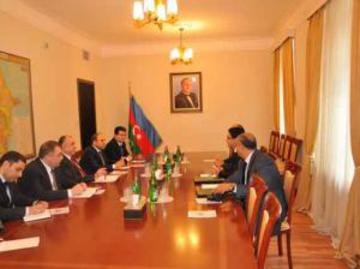 The press service of the Ministry told APA that Elmar Mammadyarov underlined high level of the relations between Azerbaijan and Morocco and noted that both countries have great potential for future cooperation.

Speaking about the ongoing reforms, processes in the country, Mammadyarov said that main impediment to sustainable development in the region is Armenia-Azerbaijan conflict.

The Secretary-General stressed that his country is interested in the development of the relations with Azerbaijan and supports Azerbaijan`s territorial integrity.

The sides reached an agreement on the continuation of mutual support and cooperation within the international organizations.