1915 Displacement Through The Eyes Of Turkish Witnesses - PART 2 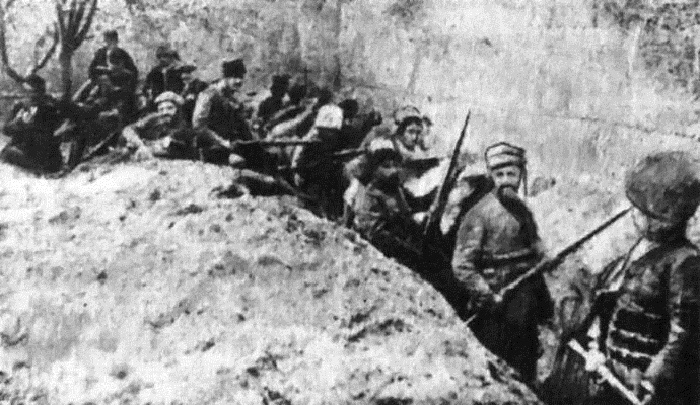 The Armenians who revolted by the Russian assistance began to fight against the Muslims though they had lived together for many years. Their intention was to steal our lands and to establish an Armenian state. They had dugouts underground and they were easily hiding in them after they killed the Turks.

They tortured people especially in central Van and in the castle. Their leader was a man called Aram Pasha. We were defeated by them as they had rich ammunitions. Then we decided to migrate to safer places as we did not want to suffer more casualties.

Some people went to Bitlis by way of land and some went by sea. The ones who stayed were all killed. The refugees of Van were spread everywhere in country. From Bitlis to Diyarbakir, Elazig, Nazilli, Burdur... However, the Armenians undertook massacres in the villages of Van.

In those villages the Armenians and the Russians closed the roads. They killed all the men and raped all the women there. Later, Armenian bandits gathered in Van and carried massacres out there too. In short, it was like the doomsday. In Lake Van there were sailing boats. They really tortured so much that they got bored from killing people. They put the people into the boats and threw them in to the lake.

Those Armenians nailed our elders to the walls from their hands and foreheads. We resisted them as much as we could do and fought. We did everything necessary. But, we never touched any Armenian child or women; we just fought against men. Armenians were so cruel. After I returned from the Iranian Front in 1921, I found Van in a ruin. All the Turkish districts were burnt by the Armenians and the Russians; all the Muslim properties were plundered. But, the Armenian houses were still standing out. Van was empty. Later, the Muslims returned one by one. Everybody began to rebuild his house; we have rebuilt the city.