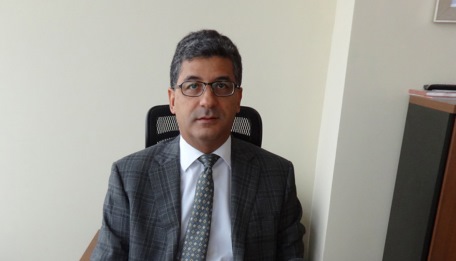 He said Colombia follows and supports the activities of the OSCE Minsk Group in the settlement of this conflict and hopes for the peaceful solution.

The two countries signed a ceasefire agreement in 1994. The co-chairs of the OSCE Minsk Group, Russia, France and the U.S. are currently holding peace negotiations. Armenia has not yet implemented four U.N. Security Council resolutions on the liberation of the Nagorno-Karabakh and the surrounding regions.

Gater said Azerbaijan and Colombia are developing their political cooperation.

“The cooperation between our countries in the political sphere covers the period of over 20 years. Our political views are also similar,” he said.

However, Gater added that the economic cooperation between Azerbaijan and Colombia is not at the due level and expressed hope that the opening of the embassy and new steps taken in this sphere will allow to develop the cooperation.

Touching upon the cooperation in the sphere of education, he said Azerbaijani and Colombian foreign ministries have already signed an agreement, in accordance with which specialists from Colombia will teach Spanish in Azerbaijan, mainly to Azerbaijani diplomats.

Gater added that the two countries can cooperate in the oil sphere as well.

He said the cooperation between Azerbaijan and Colombia in the sphere of culture also develops and various events are held in this field.

The charge d`affaires of Colombia said it is planned to expand the legal framework between the two countries in the near future.

“Colombia’s capital will host political consultations in November, during which the sides will exchange views on various spheres,” he said.

He added that the two countries also plan to cooperate in the sphere of sports and touched upon the First European Games to be held in Azerbaijan in 2015.