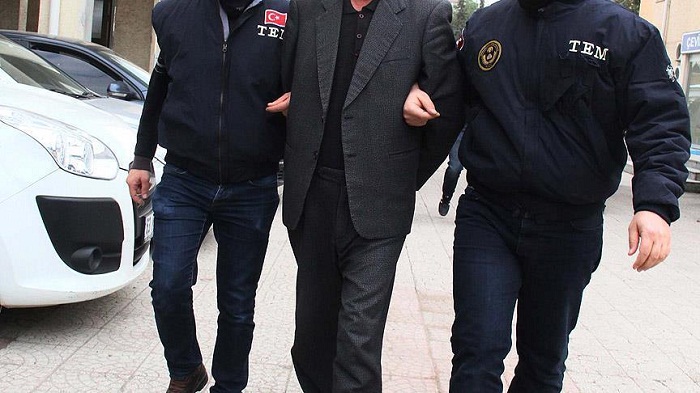 Former leading academic among those arrested in Isparta
Dozens of people were arrested Monday in an investigation into the Gulenist terror group, including the former rector of one of Turkey’s largest universities, judicial sources said.

Fifty arrests followed the issue of arrest warrants against 56 suspects in the southwestern province of Isparta accused of links to the organization led by exiled preacher Fetullah Gulen, which the Turkish government says is involved in plotting to overthrow the state.

Including among those arrested across six districts was Hasan Ibicioglu, the former rector of Suleyman Demirel University.

Prosecutor Mustafa Kemal Cokdinc said computers seized by police revealed that Gulenists had footage of unspecified politicians “with the aim to blackmail them into obeying their demands.”

Meanwhile, in Tokat, central Anatolia, 18 suspects were arrested over links to the Gulenist movement, also known as FETO or the parallel state. Hasan Urhan, president of the AKSAID business association, was among those arrested.

In Elazig, eastern Turkey, 11 people arrested three days ago for being part of FETO, as well as fraud, were due to appear in court Monday. Another 17 arrested at the same time were released.

Turkey has been targeting followers of Gulen, who lives in Pennsylvania, U.S., since early 2014. The movement, which is listed as a terrorist organization by Turkey, runs a network of schools and businesses and the government says this has allowed his supporters to infiltrate state organs such as the judiciary and police.

Investigations into the parallel state have seen hundreds of civil servants, including police and public prosecutors, arrested or reassigned.