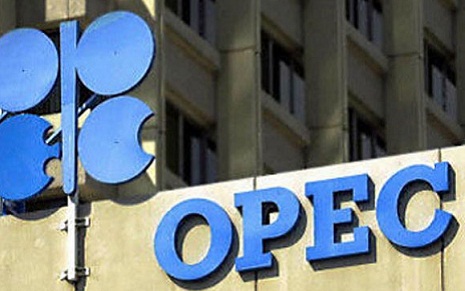 When members of Organization of Oil Exporting Counties,OPEC met in Vienna on 27 November, though personally not present but watching on television some 22 Km. from my home in Vienna, that crowd, that mood and market expectation reminded me of another OPEC Ministerial Conference back in September 1986 .
OPEC had lost more than fifthly per cent of its market share in less than a year to emerging crude oil producers namely;Norway,Russia,then still Soviet Union,Mexico and few other producers. OPEC produced 16 Million Barrels Per Day at less than $12 per barrel. Iran and Iraq were at a full-fledge, devastating war. The two countries’ ministers and delegations did not talk to each other while alphabetically arranged, always sat next to each other in all OPEC meetings.

Iran’s Gholamreza Aghazadeh felt free to ignore all diplomatic and protocol codes and openly accused Saudi Arabia’s Sheikh Ahmed Zaki Yamani of betrayal and receiving orders from Washington. In fact Iran was not alone in that type of approach. Venezuela, Algeria, Libya and score of other low reserve, low income producers within OPEC shared Iran’s view. While rich Arab producers stood by Saudi Arabia side. It was almost five versus eight, but the five produced two-thirds of total production. Iraq stood by Saudi Arabia’s side but in some private messages shared and supported Iran’s views.

Historically, Saudi Arabia was swing producer of OPEC.The country was quota-free and was assigned the task of market stabilizer based on market behavior and supply/demand swing. Once market was oversupplied in mid-1980 in one of the most dramatic OPEC Ministerial Conference in the summer of 1985, Mr.Yamani stood on his chair. He looked around and said that the reason why he stood up on his chair was because he wanted to be well-undrestood.He wanted all distinguished ministers to know that Sandi Arabia is no more a swing producer. His country wanted to have a quota like any other OPEC member. On that note, OPEC had to collectively play its role in the world oil market. Collective swing producing virtually changed the role and concept that OPEC should now undertake in order to stabilize the international oil market.

On that note, member states had to virtually fight for a larger quota.Upto ten factors such as reserves, historical production, capacity, production/reserve ratio, size if the GDP and even population were listed and some factors such reserves and production capacity were given a higher weight. Upon that formulation and, political behind closed door negotiations, current production quota were formulated.Nevertheless, since Saudi Arabia has excess capacity, she always took over additional barrels that could not be produced by any other member states for any reason including foreign sanctions imposed on a certain country.

OPEC has experienced several other critical situations since then. The organization has matured as one the oldest governmental institutions of its types. As such, in my belief members make more matured or more public relation, journalists-friendly gestures than before. This is in part also dictated by the market too. Ministers have realized that its important for the international oil market to hear a voice that at least sounds united.

When ministers gathered in OPEC Vienna headquarters, they knew that the world waited something not short of a miracle. Five months ago buyers consumed 90 Million barrels of oil and paid $117 per barrel for it. That meant $3.7 Trillion from buyers to sellers. In late November with a price tag of less that $80 per barrel of oil consumers paid $2.7 Trillion. One Trillion Dollars moved from suppliers to buyers. This could mean the largest transfer of wealth in history within such a short period of time. Major consuming countries including the United States have virtually covered large portions of their deficit, while OPEC and other producers including Russia have lost and faced with deficit.

For Saudi Arabia in possession of around $600 Billion in reserves and other smaller producers in the Persian Gulf, their budgets and development plans could continue unharmed for the next 3-4 years. Needless to mention that the level of oil revenue dependency is also lowest with them.

Below, I have quoted Douche Bank estimation of oil price targets per barrel that some of the OPEC members require in order to balance their annual budgets:

Even with some plus or minus errors one can estimate that how more populated, low reserve members of OPEC vulnerable are towards oil price in their national economies and the fact that higher oil prices has translated into more and deeper dependence of those economies to income derived from crude oil exports.

Russia is going to be hit hard too. The country is in possession of over $350 Billion of liquid assets, but for a country with a big budget to be taken care of the saving is not much. Traditionally Russia earns over sixty per cent of its foreign earning from two items namely; energy and military products, both of which are already under pressure by western countries’ sanction. According to IEA every $20 fall in Russia’s oil exports earning is translated into 1.75 per cent decline in the country’s GDP.This has a devastating impact on Russia’s economic performance. Russia’s big business houses may challenge President Putin’s administration and try to influence his foreign policy towards more accommodation towards west. United States is aware of Mr. Putin’s weaknesses when it comes to support from the oil tycoons. Having said that Mr. Putin and Russia’s oil and gas companies are united in not wanting to support OPEC in its bid to encourage non-OPEC to help OPEC to support price stabilization. In Russia a president’s popularity stems from his economic success. Late Nikita Khorshoff fall in 1962 was a consequence of his failure to boost agricultural output.

China has so far been the main beneficiary of thirty per cent fall in crude oil prices. For China with over 5.5 Million Barrels per day of oil import if persisted, could run into nearly $92 Billion savings over a twelve months period. This situation once translated into China’s energy diplomacy would also mean a higher or a more powerful bargaining strength in dealing with Moscow that has turned into Beijing’s major strategic partner in the field of energy and pipeline policy. In fact China will now be less motivated to challenge the United States in Middle East oil reserves than before.

China started a series of round tables and joint study circles with OPEC since early 2000.However it is interesting to note that China does not have several think-tanks and practically no centers for Middle Eastern studies. China’s approach towards Middle East is one of business-oriented nature. America and Russia have noticed this and have held an upper hand in their dealing with OPEC as an organization and individual OPEC and oil producing countries. It is unlikely that China opts to challenge the United States or Russia in the Middle East.

Fall in oil price can even help Europe out of chronic recession that has been trapped to since 2008 US banking collapse. The situation will open up more energy options for EU specially if and in case Iran and 5+1 compromise and ease or eradicate sanction against Iran. European companies look at Iran’s immense energy resources as way to challenge Russia’s increasing bossy approach towards Europe. It is now often heard that Washington is under some sort of pressure by European allies to sort out nuclear issue and open up avenues for European companies to invest and boost Iran’s energy potentials. It is also important to note that US $ is now strongest against Euro since 2012 and as such for oil producers and OPEC whose crude exports is denominated US Dollar, crude oil price is not as cheap as it looks seen in nominal term.

United States gains and or losses from falling oil price isstill under scrutiny. It is yet to be seen whether lower oil price has been positive or negative to the country’s economy and international political power. There we have to see if shale oil can really fade away at oil prices below $75 per barrel as is commonly argued. To be honest, I do not personallyprofess. It is difficult to say, fact from fiction here. Shale oil (and gas) is untested in the market. We have not seen how traders and hedge fund managers react to shale oil. All we know for now is that some light crude oil exporters such as Angola and Nigeria have lost their market in the US to shale oil and that they must now compete to capture markets in South East Asia where Middle Eastern producers consider their own.

As said, shale oil needs time to prove itself. It has to be verified and tested. Is it going to be an additive that helps enhance the quality of heavy crudes, or that it will be real crude in the market. We are not sure if Saudi Arabians are right in their claim that OPEC must keep price lower than $80 per barrel in order to discourage shale oil investment and production in the US and elsewhere.

Technologically speaking, shale oil is oil which is produced and brought out prematurely. Itsoil that could have been matured in hundreds of years, but technology helped to produce the oil that should have belonged to several centuries after us. This is a powerful point in favor of Peak Oil theorists. This means that the world has actually ran out of conventional oil and has to develop technologies that brings out shale oil and tight oil. Shale oil would also give us an indication that renewable and new sources of energy are not considered promising in so far as energy availability and supply is concerned. As suchrelying on shale is not of a choice but compulsion both as energy supply for human beings sustainable development but as the United State’s global energy hegemony.

National Oil Companies have big production building capacities. Iran’s NIOC has plans to boost output by 7 Million barrels by 2020 once sanctions are seriously eased or completely removed. It is possible that in coming years, OPEC NOC top managers will assemble in Vienna instead of ministers. Under this hypothetical assumption, it could be possible that shale oil producing companies of the United States might opt to join OPEC too. This will help a global oil management scheme that will benefit producers and consumers alike. Until then OPEC cannot succeed in its bid to stabilize the market and avoid price volatility without a swing producers. OPEC then needs to have its price band in place. A production discipline with no price target will not help stabilize the market. Saudi Arabia cannot play as OPEC swing producer when there is more demand and then abstain from such role when the market is oversupplied.

When it comes to Iran oil(and gas) industry, it’s always difficult to make out between National Iranian Oil Company and the Ministry of Petroleum. The country did not have a petroleum or oil ministry before revolution of 1979.Iran was the only country who sent its minister of economy and finance to OPEC ministerial conferences.However,in fact Iran’s ministry of petroleum hardly has anything except a minister who is responsible and needs a confidence vote from parliament without any real power to exercise. The building, furniture and even salary is from the NIOC. Having said that, it is not quite clear on how and who carries out the country’s energy diplomacy.

Dr.Fereydoun Barkeshli joined NIOC in 1981.He served as the company’s OPEC and International Affairs General Manager for 12 years. He was then appointed the country’s Energy Counselor for OPEC and the UN.