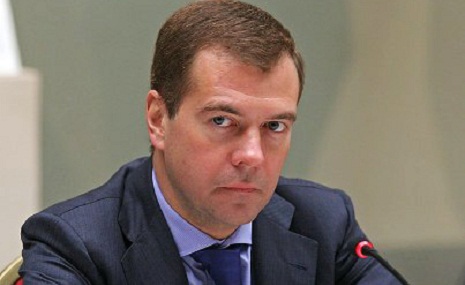 Russian Prime Minister Dmitry Medvedev and his Serbian counterpart Aleksandar Vucic discussed further interaction in the power sector after Russia had frozen the South Stream gas project by telephone, TASS reported.
“The telephone conversation dwelt on bilateral trade and economic cooperation as well as prospects for further interaction in the power sector in the wake of Russia’s decision to stop the South Stream project,” the Russian government’s press service said.

Russian President Vladimir Putin announced on Dec. that the project to build the South Stream gas pipeline is closed due to the European Union’s nonconstructive approach to cooperation in that sphere.

“Serbia has been investing in this project for seven years, but now it has to pay the price of a clash between the great (powers),” the RTS quotes him as saying.

Earlier, Serbian Energy and Mining Industry Minister Aleksandr Antic said in the wake of the news Moscow was going to stop the project due to the European Union’s stance, that Serbia had not yet received any official notification from Russia’s Gazprom regarding any changes to the project.

He said the Russian president’s statement the project has been halted was regarded in Serbia as a message addressed in the first place to the EU members on which the gas pipeline’s construction depends heavily.