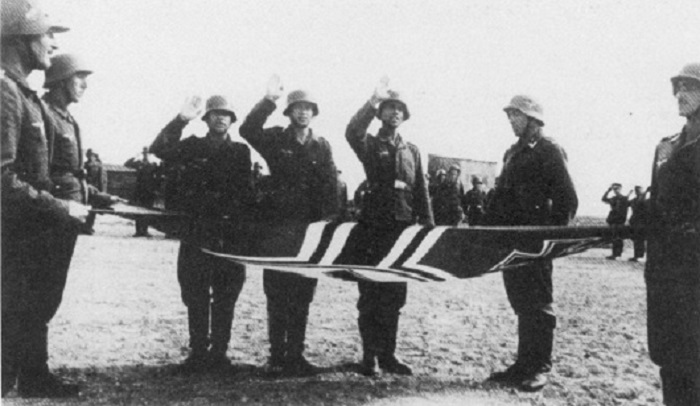 Nazi-Armenians helped Hitler exterminate Jews 1935--1945. Now is it true that the city of Las Vegas Helping the Armenians celebrate their despicable past crimes with a new Armenian Genocide memorial in this tourist center?

However, instead of talking about a so-called genocide, the Armenians should worry about their shameful past cooperation with the Nazis in the genocide of Jews in Europe between the years of 1935 and 1945.

It could be that perhaps the members of the Las Vegas City Council are oblivious of this fact, since they are willingly collaborating with the Armenians to erect a Genocide monument in their city.

In addition to all, this The International Armenian Youth Congress of last December 17-18, was dedicated to German Armenian Cultural Development.

There was a funeral a few years ago in Vienna, Austria. Two small black Urns were buried containing the brains and a few remains of 4-year old Annemarie Danner and 18-month old Gerhard Zeketner. During World War II these were two of the more than 600 children the Nazis proclaimed "worthless lives." These children were taken to Vienna`s Am Stein Hospital to be murdered and their bodies used for medical research.

Between 1935 and 1945, in the name of medical science and research, the Nazis murdered more than 75,000 individuals, including 5,000 children across Europe, in their quest to create a racial/ethnic pure state. These acts of terror and cruelty were in addition to what the Nazis did at their many death camps where Jews were exterminated.

The term `genocide` was invented and created in 1944 to describe all the many different acts of murder the Nazis used in their attempt to exterminate the entire Jewish race. Annemarie Danner and Gerhard Zeketner are but two of the individual lives the Nazis stamped out.

Armenians today are attempting to "steal" the term `genocide` by making the fake claim that the Turks massacred 1.5 million of their people in 1915.

The undisputed hard evidence is that this tall tale was nothing more than the figment of the imagination of a certain high priest of the one and only state Armenian Church.

That priest`s motive for making up and telling this horrible lie was his attempt to get a foreign government to come and help the Armenians obtain someone else`s homes and land for free. This great lie is the foundation upon which the Armenian government has established its multi billion dollar fake "genocide industry" I started calling “A Cottage Industry” 10 years ago, and I even coined for them an e-mail address: genocide.com. Nowadays everybody`s using the same reference for which I have no objection. 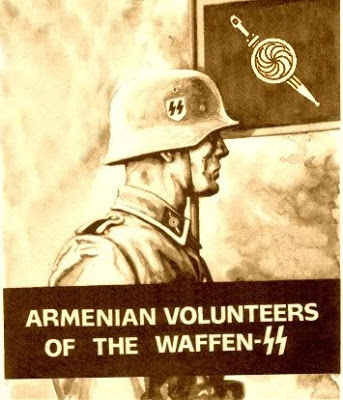 The Armenians have been operating on this great lie since 1918. Armenia operates their "genocide industry" with great success in today`s world even if they do operate on fraud and deceit.

The truth is that the Ottoman Turks did only one thing which had good cause for doing so, separating the fifth column operating in and out of the Turkish armed forces, but this relocation action gave the Armenians a chance to claim that there was a massacre going on. Turks` single act was to ask the Armenian Church to help them stop their congregations` nightly terrorist acts against the Ottoman military supply lines. The Russians had invaded the Ottoman Empire and the Armenians in the Eastern part of the country had joined the Russians. The Armenian Church refused to help the Ottoman government and state officials responded by saying they would themselves have to remove all Armenians from behind their army lines and relocate them in other provinces of the empire.

Thereafter, the Ottoman government did remove all the Armenians who were doing such harm to their military forces. The United States of America has done exactly the same thing during World War II. with the Japanese Americans.

Several American officials are known to have seen Armenians being alive and leaving the combat zone even though the Armenian Church claims they were all murdered. It is impossible for both of these events to occur at the same time.

During the relocation many Armenians lost their lives. That was during a civil war inside a worldwide war which was raging on several fronts for the Ottoman Turks.

However, at no time in history did the Ottoman Turks exterminate children for medical research as the Nazis did between 1935--1945. What makes such acts of Nazi Terrorism? Worse is the fact they did not act alone in their attempts to create an ethnic/racial pure state. Consider the fact that more than 100,000 Armenians volunteered for Nazi military service and took an active part in the Nazi ethnic/racial cleansing campaigns. For several years Armenians took part in exterminating not only adult Jews but also children such as Annemarie Danner and Gerhard Zeketner mentioned above.

During World War II Armenians learned well the art of racial/ethnic cleansing from their Nazi partners in crime. Today, Armenia has ethnically/racially cleansed their tiny state so successfully that 94.8% of their population is now ethnically pure Armenian. The Armenians have ethnically/racially cleansed their tiny state of what they consider their "undesirables" much like they helped the Nazis do between 1935/1945. Jews, Muslims, and Christians of other faiths other than the state owned and approved Mother Church have either been murdered or forced out of Armenia.

Consider the fact of how Armenian Diaspora today continues to honor the Nazis. The Armenian Nazi General Dro (Drastamat Kanayan) commanded the 20,000 Armenian-Nazi 812th Battalion during World War II. After the war, even though he had served the Nazis, this fake Armenian General Drastamat Kanayan or Dro talked his way into the United States of America where he remained in this country with the sinister help of the Armenian organizations until his death in Massachusetts.

In 2001, the Armenians dug him up and took his remains back to Armenia where he was reburied with full military and state honors using the financial help provided to them by the US Congress.

And to think the Armenians, are still running their "genocide industry" scam and building their very own genocide memorial two blocks from the American White House is easy to make every decent American especially the Turkish-Americans’ blood boil. .As if this wasn`t enough, they are now desecrating the Las Vegas land space to build another memorial for their kind. There are less than one million Armenians in the United States. Why should they spend millions of dollars on a false claim?

That is disputed to have happened 6000 miles away more than 90 years ago. The answer is simple. The Armenian -American colony will use this self-invented, fake memorial to deceive and fleece even more American taxpayer dollars for their less than 200 year old homeland the Russians gave them after taking those lands away from the Muslim owners. 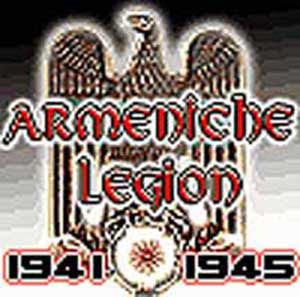 LAS VEGAS IS GAMBLING WITH ITS OWN FUTURE

This Armenian genocide memorial will become one of the greatest and largest frauds ever attempted in the history of the entire world. Can anyone believe that Armenians, who took a very active role in the Jewish genocide of World War II, can build such a fake memorial to themselves today for the sole purpose of deceiving and fleecing American Christian taxpayers out of more and more foreign aid money that over the past ten years alone amounts to almost $1.5 billion dollars!

It is fair to ask since the Armenians were many years’ partners in crime with the Nazis during World War II years--will they erect a memorial to Annemarie and Gerhard Zeketner and all the other poor souls the Armenians helped the Nazis exterminate?

PLAYING POSSOM DOES NOT WORK

The Armenians of today may rejoice that the present day European Parliament’s vote may be pressing Turkey to recognize the false Armenian genocide, a mythical fable no world court is willing to tackle, let alone to exculpate or exonerate Armenians` deadly crimes and absolve them from being the collaborators of the infamous Nazi regime, a task about which the Armenians have been and still are very proud indeed Will the Las Vegas City council be successful in convincing the Armenians to add this verity chiseled down on their projected blasphemous Genocide Memorial?