Many injured in Taiwan train blast 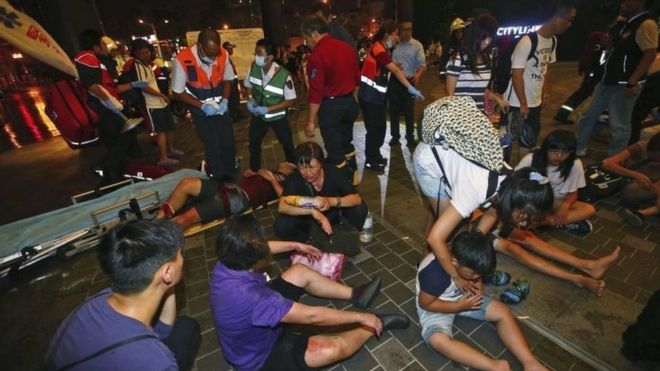 The blast hit a train at Taipei`s Songshan station before midnight leaving some passengers badly burned.

Police told local media they found a broken tube with explosive material inside that looked like a firecracker.

Premier Lin Chuan told media it appeared "malicious" but police have not ruled out an accident.