PACE President: Solution to Nagorno-Karabakh conflict may be achieved in 2013 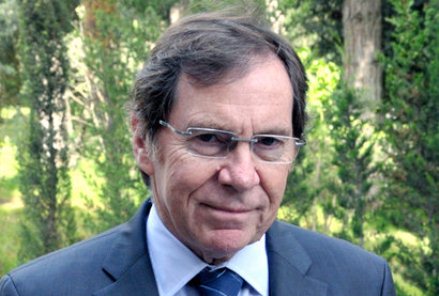 In 2013, solution to the Nagorno-Karabakh conflict may be achieved, PACE President Jean-Claude Mignon believes.
"In 2013, Azerbaijan and Armenia will chair the Committee of Ministers of the Council of Europe, and it will create a good chance for both countries to find a solution to the conflict," Mignon told journalists in Baku on Monday.

This year marks the 50th anniversary of the signing of the peace treaty between France and Germany, and such a peace can be achieved between Azerbaijan and Armenia, Jean-Claude Mignon said.

He said regular meetings are held between the Azerbaijani and Armenian delegations in the PACE, and these meetings discuss ways of resolution of the conflict between the parties.

The conflict between the two South Caucasus countries began in 1988 when Armenia made territorial claims against Azerbaijan. Armenian armed forces have occupied 20 percent of Azerbaijan since 1992, including the Nagorno-Karabakh region and seven surrounding districts.

PACE President is on an official visit to Baku. Within his visit, he met with Azerbaijani President. Mignon visited the Alley of Martyrs and Alley of Honor on Monday.

Today he is also planned to hold meetings at the Foreign Ministry and meet with representatives of NGOs.