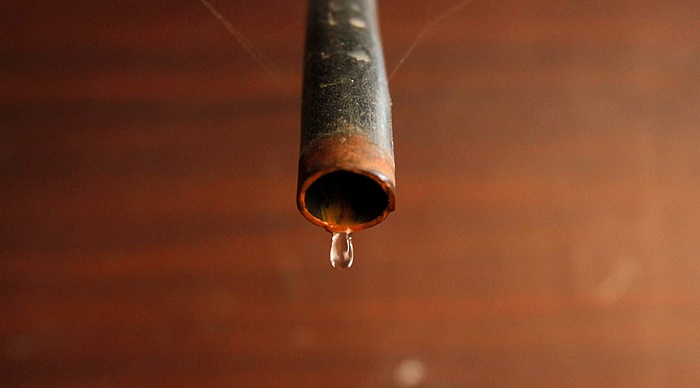 Water-use restrictions have been partially lifted for Corpus Christi, Texas, residents after a chemical may have leaked into the water supply. An internal email shows knowledge of the leak a week before city officials were able to alert residents.
An internal email sent to a regional director for the Texas Commission on Environmental Quality indicated that a “backflow incident from a chemical tank” was reported on December 7 at Ergon Asphalt and Emulsions, a week before city officials notified the public, according to KSAT.

The email doesn’t show who received the report, but the email indicates the state agency only learned of the leak Wednesday when city officials warned the public.

Officials said a chemical used in asphalt may have contaminated the city’s water supply. Up to 24 gallons of the chemical may have been leaked.

City officials said the chemical was first discovered when workers saw a sheen on the water coming from faucets at a refinery in the city, prompting authorities on Wednesday night to warn over 300,000 residents to avoid using tap water.

Corpus Christi officials said Friday that those who live in one zone, an area northwest of the city, were allowed to use tap water for bathing, showering, flushing toilets and washing clothes. Officials said infants and children should not bathe in tap water because they may swallow some water and there is still the potential for contaminated water and the water should not be used for drinking and cooking.

Full water use restrictions remained in place for residents living south of Interstate-37 and north of State Highway 358.

The city is still gathering information and encountered delays because the chemical in the water is proprietary and has a patent, said city spokeswoman Kim Womack. The city had to sign a confidentiality agreement with the patent holder in order to learn the specific makeup of the chemical.

"So far, city testing has been clear," she said. "We`re still awaiting additional results. When those results come back, we`ll notify you as soon as possible."

Womack said the response from private and public donors had been amazing, with about 100,000 cases of water on the way.

"With that being said, none of it is in the city yet," she said. Once the water arrives, the city will release a time for distribution to residents.