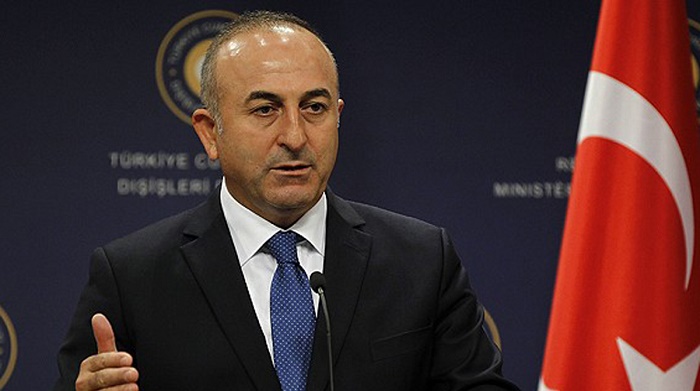 According to Turkish diplomatic sources, Cavusoglu and Kerry had a phone conversation, during which the Turkish foreign minister informed his U.S. counterpart on Andrey Karlov`s assassination and the assailant Mevlut Mert Altintas.

Cavusoglu informed Kerry that terrorist group FETO was behind the assassination of Russian envoy to Ankara, according to the sources.

The sources added that Kerry offered condolences to Cavusoglu and expressed sorrow about the incident.

Andrey Karlov died after being shot multiple times at an art exhibition in Ankara on Monday evening.

Karlov was delivering a speech when the assailant, 22-year-old policeman Altintas, opened fire on him.

U.S.-based cleric Fetullah Gulen and his terrorist group FETO is accused of a long-running campaign to overthrow the state through infiltrating Turkish institutions, particularly the military, police and judiciary, forming a ‘parallel state’.

In the meeting, a joint declaration was agreed on to find a solution in Syria.