TAPI gas pipeline project has real prospects to be implemented 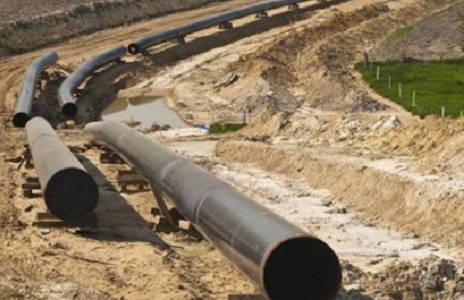 Despite a lot of difficulties and threats, the Turkmenistan-Afghanistan-Pakistan-India (TAPI) gas pipeline project has real prospects to be build, Lecturer in Central Asian Studies at the University of Glasgow (UK) Luca Anceschi believes.
“Although difficult, TAPI in my view is most likely to happen,” Anceschi told.

Turkmenistan does not want to depend on just Chinese gas market and has to find new avenues to export its gas, according to the expert.

“Turkmenistan’s gas has to go somewhere… TAPI is still the most likely to be finalized because of this very condition,” Anceschi said.

The expert noted that India and Pakistan are buyers who are very interested in acquiring Turkmen gas, and the economic argument seems to be the one, which makes sense for TAPI.

“This is the condition to put all the money together and build the pipeline,” he said.

At the same time, there are a lot of local threats that the project might face, and Anceschi believes any forecasts on the TAPI project security are mere speculations.

The project will face local threats, especially in the Afghan sector of the pipeline, though the pipeline will run through quite secure territories which are under total control of Afghan government, he said.

The expert further explained that the pipeline`s security will be ensured at the very local, village level. What it means is that providing security will be complicated with corruption and bribes by local tribal heads and warlords, and that will greatly increase the price for security of the pipeline.

“But at the very end if there is critical will and economic power, it could be done,” Anceschi said.

Meanwhile the expert noted that Turkmenistan has enough gas to satisfy any other alternative gas pipelines, including Trans-Caspian pipeline, together with TAPI pipeline, simultaneously. He noted that independent experts confirmed that Turkmen Galkynysh field has huge gas resources.

“At the current time they have enough gas to do what they want,” he said.

However, Anceschi thinks it will be difficult to realize the Trans-Caspian pipeline. He noted that this project contradicts Russian plans of the transit of Eurasian gas to Europe.

Russian company Gazprom is very aggressive here and does not really want to have gas of the former Soviet Union as a competitor in the European market, he said.

“I would suspect that Turkmen government will receive pressure from Russia not to go that route,” he said.

Anceschi further said that the EU has never promised any substantive money to Turkmenistan, which China did put on the table and India promises to provide.

In addition, India is more likely to participate in building a big pipeline in a shorter time frame, Anceschi said.

The basic document for its implementation is Ashgabat’s interstate agreement signed among the participating countries in 2010.

The design capacity of the TAPI will be up to 33 billion cubic meters of gas per year, while the expected lifetime is 30 years.

The Trans-Caspian pipeline project envisages the laying of around 300 kilometers long gas pipeline under the Caspian to the shores of Azerbaijan. Further fuel can be transported to Turkey which has mutual borders with European countries.

The project is regarded as the optimal option for delivering Turkmen resources to European markets. In June 2013, a framework agreement on cooperation in deliveries of Turkmen natural gas to Turkey and further to Europe was signed between the governments of Turkmenistan and Turkey.

The negotiations between the EU, Azerbaijan and Turkmenistan on the Trans-Caspian gas pipeline began in September 2011. However Russia and Iran have always spoken against the Trans-Caspian pipeline due to ecological issues during the pipeline`s construction. The unresolved status of the Caspian Sea has been regarded as the main factor hindering the implementation of the project.

The official position of Ashgabad regarding the project is that the consent of the countries whose territories are involved into the project is enough to build a pipeline. Azerbaijan has repeatedly expressed readiness to provide its territory, transit facilities and infrastructure for realizing the project.