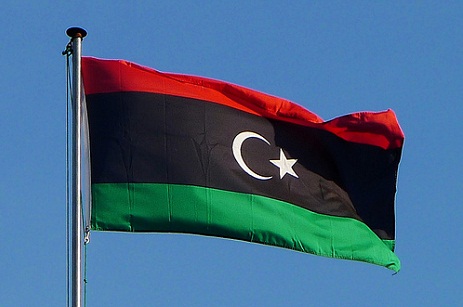 A new round of talks between rival Libyan factions will take place in Geneva on Monday, the United Nations said, even as gunmen kidnapped the deputy foreign minister of the recognised government, Reuters reported.
Nearly four years after a NATO-backed revolt ousted Muammar Gaddafi, Libya is in turmoil with two rival governments and two parliaments backed by armed factions who Western governments fear may drag the country into civil war.

The internationally-recognised government of Prime Minister Abdullah al-Thinni and the elected House of Representatives have worked out of the east after one faction, Libya Dawn, took over Tripoli in the summer, set up its own government and reinstated the old parliament known as the GNC.

A delegation from the House of Representatives and parties allied to Tripoli attended a first round of talks in Switzerland this month, but major representatives from Libya Dawn and the General National Congress have not joined.

In a new push, the U.N. mission in Libya (UNSMIL) said two rounds of talks would take place this week in Switzerland. A first round pursing the "main political track" would convene on Monday followed by a second one gathering local councils.

"UNSMIL plans to convene a number of other tracks at a later stage. These will include representatives from Libyan political parties, social and tribal forces, as well as the armed groups," it said in a statement.

The U.N. wants to form a national unity government but has said that smaller steps such as local ceasefires and prisoner exchanges would be a more realistic option to achieve first.

Last week, the GNC said it was suspending its participation in the talks it says should take place inside Libya, blaming the seizing of a central bank branch in Benghazi by Thinni`s forces. Thinni`s government has said the bank, which controls vital oil revenues, was only being secured.

The talks came as more violence shook the desert nation.

In Benghazi, scene of a separate battle between army forces allied to Thinni and Islamists, 13 people were killed and 38 wounded during clashes in the al-Lithi district, medics and military officials aid.

The Tripoli-based government said in a statement five of its soldiers had been killed north of Sabha, the main city in the south, by former Gaddafi loyalists.