A World of Economic Trouble 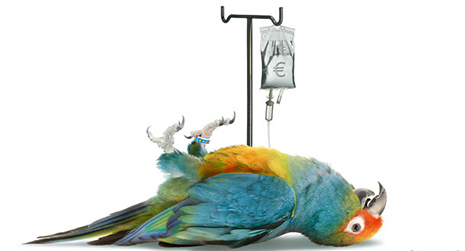 These should be happy times for the U.S. stock market. GDP is booming, employment is up and interest rates are low. And yet, throughout the first month of 2015, the stock market has at times behaved as though it were 2008. What happened?

As great as the economic news has been on the domestic front, developments have been increasingly troubling outside of the U.S. America is a rare bright spot in a world of trouble, and no wall is high enough nor trade barrier steep enough to insulate a country in today`s global economy.

The following are some trouble spots around the world that could damage America`s economic fortunes (not to mention security) in the year ahead:

1. Greece. Sorry if you feel like you`ve heard this before, but Greece is threatening to default on its debts and fail to meet conditions necessary for continued inclusion in the euro currency zone. This might seem like a replay of 2012, except now there is a threat that a populist party will take power and tell a weary people what they want to hear: that they no longer have to meet their obligations. Greece is not a huge economy by global standards, so their domestic mess alone would not have serious ramifications here, but potentially destabilizing the euro is a bigger problem.

2. Germany. Fiscally conservative Germany might seem like the anti-Greece, but in some ways that`s the problem. Their hard-line approach to more profligate nations is causing growing divisions within the European Union, and their commitment to austerity may also be bringing their domestic economy to a standstill.

3. Russia. Face it, Vladimir Putin might already have been the world`s most dangerous man, but how do you think he is going to react now that oil -- his country`s major source of revenues -- is selling for half what it was six months ago?

4. Iran. Iran may have seemed to have been inching toward reasonableness, but this is another country highly dependent upon oil. Both Russia and Iran are scrambling to make up for lower prices by selling more oil, which will only make the over-supply problem worse. An economic setback could cause Iran to return to its former belligerence.

5. North Korea. It has been easy to think of North Korea as a country whose bark was worse than its bite, but the Sony hacking situation demonstrates that a country need not be a world power these days to be highly disruptive economically.

6. China. The nice version of the narrative is that China is slowly moving away from communism and toward capitalism. The somewhat harsher reality is that having another heavyweight in the field just makes the global economic game rougher -- especially if that heavyweight has shown it is not above playing dirty, in the form of hacking and copyright infringement.

This list does not even include the burgeoning Islamic State in the Middle East, which is not a problem isolated to one country, but rather a representation of an extremism that threatens the region in general.

In short, as much as America has done to get itself back on track, there are plenty of threats that could derail that progress. The positive side of this is that a strong U.S. economy gives the world a better chance of averting catastrophe.